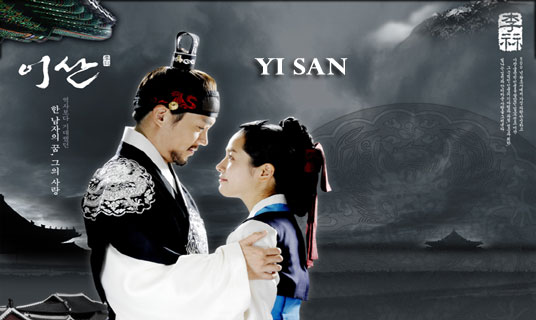 This drama is about the life of King Jeong-Jo, Joseon's 22nd Monarch, who is remembered in Korean history as one of Korea's greatest Kings who loved the people and reigned for the commoner. Lee Byoung-hoon, the director of the hit TV series The Jewel in the Palace, will direct this new period drama.

In the late 18th century, Lee San became the 22nd kind of the Joseon Dynasty! It was the most tumultuous times ever seen in the 500-year-old Joseon monarchy! He was an open-minded, wise king who championed democratic values. The stories of his glorious triumphs, ordeals, regrets, and historical achievements are shown in this TV drama.

A story about Lee San's life

He was a natural leader who ended vicious partisan politics and revived the economy with his extensive knowledge of the market. He created a strong paradigm in the 18th century and ruled with the kingdom wisely! This biopic drama covers his dramatic life and shows the achievements of the Silhak scholars and outstanding officials who rebuilt the kingdom's power.

The high point of the arts in the late Joseon Dynasty.

Hwaseong Fortress was a remarkable architectural achievement during this period and western knowledge began to seep into the kingdom. Brilliant individuals such as Park Ji-won, Lee Ick, Jung Yak-yong, Kim Hong-do, Shin Yoon-bok, and others are introduced in this TV drama as well. For the first time, the art workshop of the palace will be shown along with the Aekjung office and Seja Ikwiesa. There were 10 failed assassination attempts made during this period alone in the 500-year history of the Joseon Kingdom and they will be depicted as well.

As family industries began to be replaced with a trading economy, the 18th century was a turning point for the economy-! The commercial trade of the times will be depicted realistically and the trading organization that Song-yeon leads is where the latter Joseon Dynasty's economy originated from. The special Joseon Dynasty products that were made under the guidance of Song-yeon were exported to the China's Ching Dynasty. In addition, the 30-year romance between the leading female character Song-yeon (Eubin Sung) and King Jung-jo will also be a main theme in the drama.

The reinforcement of the army and military research

In the late 18th century, western technology began to seep into the kingdom and many political factions that opposed the king tried to fan the flames by starting anti-government movements. This led King Jung-jo to take a strong interest in national security and a military buildup. This is when the king reformed the army and began to beef up military research. One accomplishment in this era was the publication of the Muyedobotongji, Joseon dynasty's first martial arts textbook to ever exist.

A wise king who created a new age of rising prosperity and power in the Joseon Dynasty. A wise ruler The 22nd king of the Joseon Dynasty When he was at the tender age of 11, he witnessed the slow execution of his father, Prince Sado. But he grew up as a gentle boy with a strong will! He is smart like his grandfather, King Young-jo but he has a benevolent personality that makes him different. He likes reading to expand his knowledge but he is also well trained in weaponry and combat. His grandfather King Young-jo constantly tests his abilities and so he receives help from Song-yeon, eunuch Nam Sa-cho, bodyguard Dae-soo, and painter Kim Hong-do to pass them. During his short reign that spanned 24 years, he rejuvenated culture and arts and based his rule on a humanistic philosophy. He left many great achievements in politics, economics, and the arts.

King Jung-jo's royal concubine. Eubin Sung (royal family) When she was a young concubine at the age of 11, she met Lee San for the first time at Hwiryeong Pavilion in Changdeok Palace a few days before Prince Sado was executed. She likes painting and has quite a talent in the arts since her father is also a painter. She works as an assistant at the art workshop in the palace and through the help of a relative she was able to become a young palace concubine. On her first day in the palace, she meets Lee San and they feel a connection. After meeting Lee San, she thinks about him every day and after working at the art workshop for another 10 years as a damo, she finally gets to meet Lee San again. Although she is aware that Dae-soo is in love with her, she ignores him and stays blissfully in love with Lee San (King Jung-jo). She finally becomes the royal concubine of King Jung-jo and given the title of a royal family member (Eubin Sung) when she gives birth to his son, Prince Moon-hyo.

He is the father of Prince Sado and Lee San (King Jung-jo) is his grandson. As a perfectionist, he has a keen intelligence and is well informed on a range of topics. He has a quick temper and always walks at a quick pace even when there is no need to hurry. He regrets ordering the execution of his own son who was killed a slow death while locked inside a small wooden rice chest with little air to breathe. He loves his grandson but he uses a tough love approach in grooming him to become the next king.

With a sharp mind and natural political skills, he endears himself to Princess Hwa-wan and becomes her adopted son. He looks gentle on the surface but has a cold, calculating personality. With high ambitions, he passed the state examination at the age of 18 with the highest score and at the age of 19, he was given the high-ranking government position of Saheonbu Jipyeong, which is a Jung 5-pum rank. At the age of 20, he was promoted again to the position of Dangsangwang Seungji. He was the youngest person to ever hold such a rank. As a trusted royal subject of King Young-jo, he becomes an assistant to Nobleman Choi. He strongly objects in making Lee San the proxy of King Young-jo and forges the old king's will to weaken Lee San, who is set to become the next king. He becomes the archenemy of Lee San (King Jung-jo) until Lee San dies under mysterious circumstances.

He was a young boy when he first met King Jung-jo, who was a young prince at the time, and made a vow to protect him for the rest of his life. He served the king for over 30 years. He is a man of few words and when he makes up his mind, he will become obsessed with the task until he completes it. As a charismatic man, he later becomes the naegeum commander of the Geumgun and closely guards King Jung-jo. Together with Army Commander Baek Dong-soo, he pens the book Muyedobotongji, the first martial arts textbook ever published in the Joseon Dynasty. He has a crush on Song-yeon but cannot help but watch her from a distance since she is the royal concubine of King Jung-jo.

A beautiful seductress She is a crafty person who breaks the rules at will. She looks down upon others and has a difficult personality but King Young-jo is very fond of her. This emboldens her to expand her powers in the kingdom. She is one of the key people who orchestrated the execution of Prince Sado. After her husband’s death, she adopted Jung Hoo-gyeom and grooms him as her heir. To prevent Lee San from being crowned as the next king, she joins forces with Queen Moon Sook-eui, who is the wife of Prince Jung-soon, and leads the effort to banish him from the palace.

At the age of 10, she was betrothed to Lee San and became his queen when Lee San is later crowned as the 22nd king of the Joseon Dynasty. She has a calm and gentle personality. She is jealous of the relationship that Song-yeon has with Lee San but she treats the nice Song-yeon without any malice. She thwarts the plot to kill Hong Kuk-young and promotes Song-yeon as a royal concubine after she saves her life. She is unable to bear any children and lives a lonely life because of that. She has a fallout with Hong Kuk-young and plays a key role in ousting him from power.