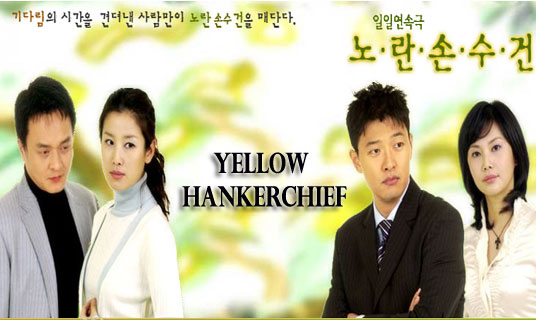 Sang-min wants success in life, and in pursuit of success, he abandons his ten-year relationship with Ja-yeong to marry his boss daughter, Min-ju. Ja-yeong finds herself pregnant and raising a child alone. When Sang-min finds out, the battle over custody of child begins. This drama became a number one hit and captured more than 30% of viewers during its broadcast while unraveling the mysteries of waiting, forgiveness and above all - the value of love.

After being in a relationship with Yoon Ja-young (Lee Tae Ran) for nearly ten years, Lee Sang-min (Kim Ho Jin) dumps her for a richer woman. He plans to marry the president of his company, Jo Min-joo (Choo Sang Mi). Things go astray, though, when Lee finds out that Ja-young is pregnant. He tries to convince her to get an abortion but fails. Nevertheless, he marries Jo Min-joo in a loveless relationship. On the other hand, Yoon raises the child with her mother, grandmother, sister and brother, waiting for him to come back. Jo Sun-joo (Han Ga In) is Jo's stepsister, a warmhearted girl who seems very cold. She learns the meaning of love through Yoon Ja-young's brother (Yeon Jung Hoon), but things don't go well for them either, especially when there is a pestering neighbor always on the watch. Forgiving and waiting, Yoon Ja-young rises from her hard times to become a successful businesswoman. In the search for success, love is obstructed by greed until the feelings of forgiveness and yearning is realized.