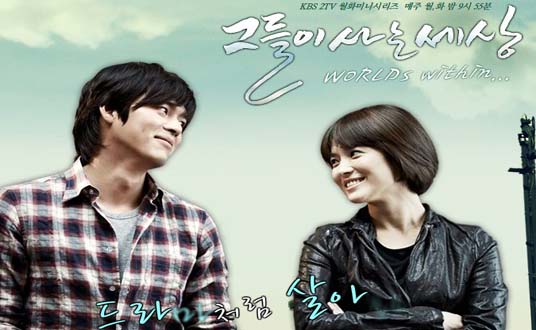 Also known as :The World That They Live In

This drama is about the process of a television drama producton. Jung Ji Oh is a charismatic drama PD whereas Joo Joon Young is a PD who is direct and confident.

Broadcasting station, especially television drama production, is often called as the core of desire and materialism. TV station is the place of envy for many people, but they also criticize it as the place where unethical thoughts are generalized. However, those who work in drama production team are not different from us; they are common people who need love and care just like others. Most of Korean dramas are focused on family problems and troubled relationships between lovers. However, for the moderners, workplace is where they spend most of their time. If one fails to build decent relationships with others in his workplace, it would be hard to read his life as a success. "Worlds Within" will bring out the stories of drama production staffs; the warm, touching stories of their love and life.