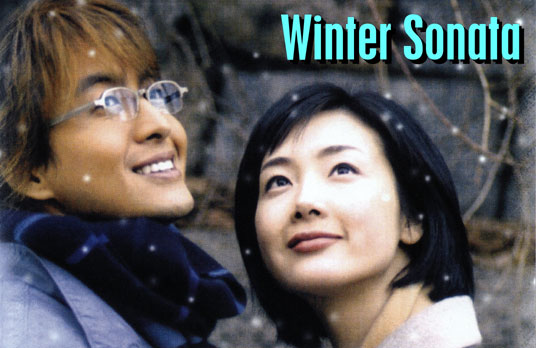 Jeong Yu-jin, Gang Jun-sang, Kim Sang-hyeok and Oh Chae-rin are high school classmates from a small town outside of Seoul. Jun-sang and Yu-jin become each other's first true loves. Sadly, Jun-sang is supposedly killed is a car accident. Flash ahead, 10 years later, Yu-jin is an interior designer and is romantically involved with her high school classmate, Sang-hyeok. Yu-jin's company has recently signed a contract to work at a ski resort. The company heading the resort remodeling project is managed by Yu-jin's first love, who had allegedly died in a car accident 10 years ago. Yu-jin can't believe her eyes when she attends a business meeting with her first love. She is even more stunned to find out the man now known as Lee Min-hyeong doesn't remember her. Yu-jin, who never really got over her first true love, is confused and torn between the man who looks so much like Jun-sang and her current boyfriend, Sang-hyoek. Wanting to live in the past, Yu-jin often talks with Min-hyeong about her first love and the wonderful times that they had together. Min-hyeong is dating Chae-rin at the time he meets Yu-jin, but decides to separate from her as he finds himself falling in love with Yu-jin.


Winter Sonata, 'Gyeoul Yeonga' was first released in Korea in January of 2002 quickly becoming one the most popular shows on television. This hugely popular TV drama was produced by Ho Yunseok, the same man responsible for immensely popular TV drama, 'Gaeul Donghwa'(Autumn in my Heart). This director has begun a seasonal theme of TV dramas. The third in his series is 'Yeoreum Hyanggi'(The Scent of Summer), which aired in the summer of 2003 in Korea. 'Gyeoul Yeonga' was released in 2001 to the Hong Kong audience and later released in China and Japan. Broadcast on NHK BS2 television in Japan, it was first shown in April ~ September of 2003. Due to popular demand, it was aired again in December 2003. The demand is growing internationally for this love story that steals the hearts of all who watch.


First love, just by the careful reminiscing over these words people become emotional. Everyone feels that their first love was pure and near to them but as time passes the memories become faded.What if the first person that gave you these pure and innocent feelings had died? And what if this man that looked just like her first love appeared in front of her ten years later, right before she is about to get married? Can she fall in love with this man just because of the fact that he resembles hum? This drama tells the story of three people that are bounded together because of the destiny of their first love. Destiny has made these three meet, separate, and become entrapped by their 'Family' they had long forgotten about. The chained relationship intertwining among these people will slowly unfold in a mysterious way.

Kang Jun-sang:Jun-sang transfers to a high school in Chuncheon, where he hopes to find his birth father and finally verify his identity and where destiny brings him and Yu-jin together.

Min-hyung looks exactly as Jun-sang, whom Yu-jin met 10 years ago. This reserved and introverted character is an executive of the White Ski Resort run by Seun Group. He meets Yu-jin, who works at a construction company, at a business meeting on the ski resort's renovation.

Jeong Yu-jin:After losing her high-school sweetheart, Jun-sang, in an accident 10 years ago, Yu-jin meets Min-hyung, who looks exactly like Jun-sang, and falls in love with him. She works as an interior designer, and has an outgoing and sprightly personality. But deep inside, she still mourns her first love.