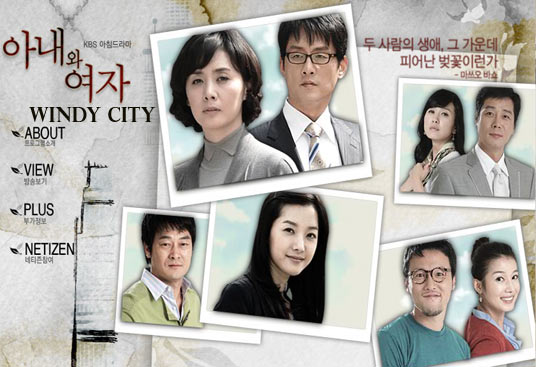 "Windy City" is the story about the people who are struggling between love and separation, and muster up their courage to attain their true love and to perceive the genuineness of life. Two non-identical individuals met and lived together. What is left in their lives in the end? What are they achieving, and what are they loosing?

They gain wealth, success, and they have a child - Let's stop this out-of-date thinking. Since the two cannot be the same till the very end, wouldn't it be better to just live as two individuals, instead of a married couple? And, there is one thing that we should remember about others. Before we have our roles as a husband, a wife, a parent, a son and a daughter, we are all human beings who have the right to accomplish our own genuine lives.