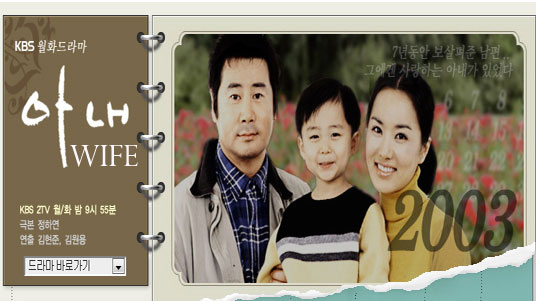 Han Sang-jin (Yoo Dong Geun) is married to Kim Na-young (Kim Hee Ae) and they have a 7 year old daughter, Min-joo. They live with his mom, younger brother, younger sister, and sister's daughter. One day, Sang-jin vanishes while on a business trip. He remains missing for over 7 years until one day he is spotted by his college friend, Nam Hyun-pil (Jung Bo Suk), at a ski resort. Min-joo (Moon Geun Young), now 15, sees him as well but she just thinks he looks like her dad. Hyun-pil begins digging and finds out that the man is called Min Young-tae (also portrayed by Yoo Dong Geun). Young-tae is married to Hyun-ja and they have a 3 year old son, Ung-pyo (Lee Byung Joon). Hyun-ja doesn't care about that all she knows is that he's her husband and the father of her child. Hyun-pil makes the hard decision to tell the truth to Na-young, to whom he's just proposed. The question is now which man will he live as, Han Sang-jin or Min Young-tae, since each man has a different wife.