When a Man is in Love 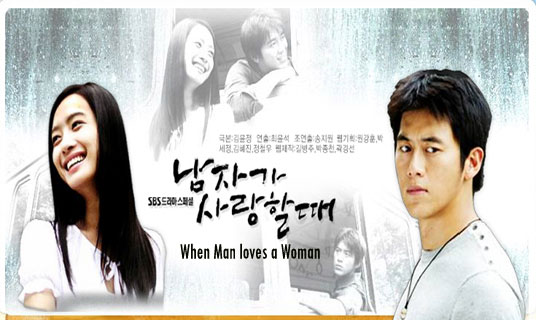 Were they happy? And were their lives beautiful? After the death of his mom, Ji-hoon (Go Soo) moves into the home of Mr. Suh. Ji-hoon falls in love at first sight with Mr. Suh's daughter, In-hye (Park Jung-ah). Ji-hoon also becomes good friends with Suk-hyun (Bae Su-bin). But one day, In-hye decides to leave home for Seoul to pursue her dream of becoming an accomplished cellist, without telling Ji-hoon. Suk-hyun also decides to move to Seoul after he learns that he is the love child of President Kang, a wealthy hotel magnate. When Ji-hoon finds out that In-hye left for Seoul without even saying goodbye, he finds his way to Seoul to find her. One day, while Ji-hoon is riding the subway, Jung-woo (Park Ye-jin) takes a liking to him and decides to steal his wallet to get his attention. Through this incident, Ji-hoon gets to know Jung-woo and settles down in Seoul by enrolling in the same bodyguard school that Jung-woo is attending. The bodyguard training school finds a part-time job for Ji-hoon and Jung-woo, which is an assignment to guard President Kang for one day. Ji-hoon protects President Kang at an evening party hosted by Kang himself, and by coincidence, he also meets In-hye and Suk-hyun. The fates of four young people become hopelessly intertwined after this fateful meeting.