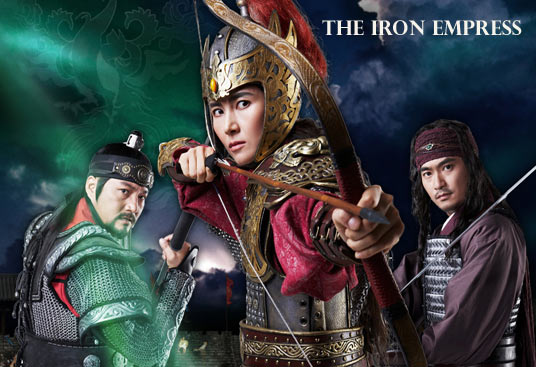 The stereotypical view of womanhood on screen is changing. Different from the past which used to show the passive and modest nature of female, recent dramas illustrate women with grand authority and active spirit. However, most of the historical dramas are still presenting the submissive images of female; woman as a subordinate who gives birth to children to carry on the family lineage, or a political tactician who takes part in conspiracies and causes internal wars in the palace. Now we are talking about the empress who is incompatible from the previously known images of female in history. 'The Iron Empress' is the granddaughter of Wang Gun, the first emperor of Goryeo. She has inherited her grandfather's vision as well as his Great Spirit. The empress fights against the enemies trying to collapse Goryeo, and called as 'The Iron Empress' who gets rid of her brother, son, and even her lover, for the good of the empire. During the Goryeo period, women had the firm statue and their power was high as that of men. Introducing the legendary heroine, 'The Iron Empress' would bring hopes and dreams to the women living in this era.