The Accidental Couple (That Fool) 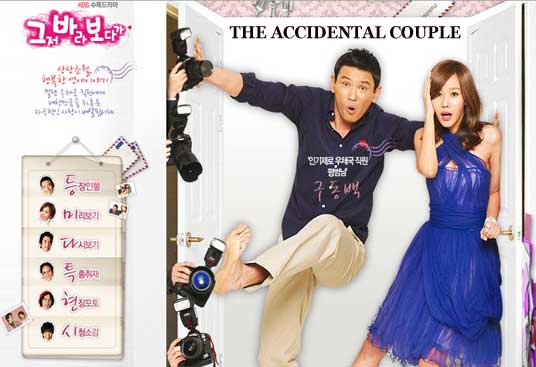 A story about a postman, Goo Dong Baek (Hwang Jung Min) and a top actress, Han Ji Soo (Kim Ah Joong) where their relationship begins because of a marriage contract for 6 months.

The new drama "The Accidental Couple" may seem cliched or predictable, but with its stars each having blockbusters under their belts, things may turn out differently.

When Han gets into a car accident, she's not worried about Gu, who was almost hit, but only herself and her secret boyfriend who was driving the car. Desperate to cover up their relationship, she drags Gu in front of the wheel, letting her boyfriend escape, and lets the paparazzi take their photos. This incident instantly brings Gu to public attention, but things take a turn as Han asks Gu to continue acting as her boyfriend.