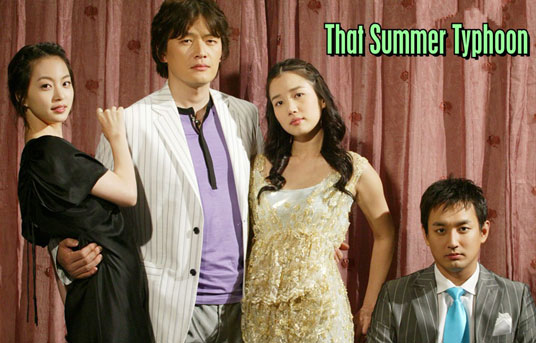 This is a dramatic story induces the audience to reminisce their own life and love.

Two half sisters compete in this story. Kang Su-Min (Jung Da Bin) and Han Eun-Bi (Han Ye Seul) both share the same father, but have different mothers. Both strive to become actresses. Eun-bi rises in the entertainment industry only because of her mother, who is a famous actress. However, Su-min has to give it her all to get to the top.

James Han (Lee Jae Hwang) is a Korean American working in the entertainment industry who finds himself drawn to Su-min......

In order to support his brother's studies, Jiang Zhenyu works in a coffee shop. She hopes to be a star. When she was 25, she married Han Guangzai. After they got married she became pregnant with a daughter which was when her husband had an affair with a young actress called Zheng Meiling. This was the biggest scandal in 1979. The upset Jiang married Qiaomin and went to the USA, and was gradually forgotten. 20 years later, she returned to Korea and spends time alone in the mountain as an alcoholic.

After Han and Zheng got married, they had a daughter called Han Yinfei. The couple's passion wore away in the course of time. Zheng controls Han's money, hoping that her daughter will also be famous.

The two girls grew up, and each became a famous star. As they they begin to compete with each other, will they repeat the story of the last generation?