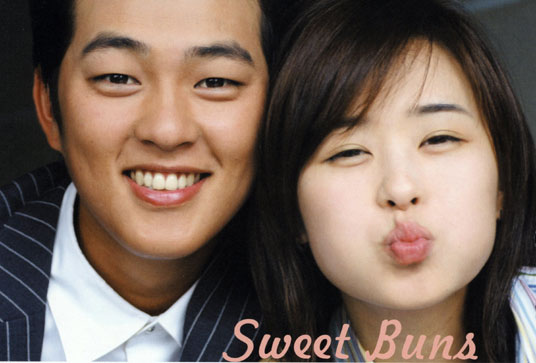 Ka-Ran and Nam-Joon were classmates in elementary school. Ka-Ran is a tomboy who prefers trousers to skirts, and loves taekwondo more than her piano lessons. Nam-Joon on the other hand is Mr. Perfect and Wonderful who's got the good looks and the fine brain. No doubt, he is the most popular guy among the girls. One day, Ka-Ran witnesses the scene where Nam-Joon gives away the sweet bun which he got from Ka-Ran's friend to another girl. Ka-Ran throws herself at Nam-Joon and beats him up. From that on, their "nightmare(?)" begins...

She's the only daughter but she's not the common spoiled-little-brat only child. She's rather more of a maid who's always ready to give and serve than a princess who's ready to be served. She prefers trousers to skirts. She's satisfied with what she's got and never envious of what other people have. She's bright, active, and optimistic. She's very naughty boasting a great amount of energy. This makes her very popular among her students. To her, loyalty and integrity always come first. She always knows what is right or wrong and where to go but when it comes to love, she's totally lost.

He was the youngest man to pass the bar exam and currently working as a lawyer for a construction company. He's got the good physical looks and a brain, in other words he's the "Mr. Perfect". Outwardly, he seems frigid and lazy but he's a large-hearted man. He just doesn't know how to well express himself. He's full of competitive spirit and has never lost a single competition. He's satisfied only when he says all he wants to say even in a simple quarrel. But likewise, no matter what he only pursues one, be it love or work. Love in particular is really something to him. To him, love only exists in the form of one girl, Hae-Jan.

He's the 33-year-old president of a construction company where Nam-Joon works. He's taciturn and cilly with a charisma that overwhelmes and brings people together. With a positive drive, he always makes whatever he thinks happen. Almost all the things have been going the way he wanted so he's always full of confidence. Girls had never been part of his interests. But even this guy feels himself changing when he accidentally encounters Ka-Ran. Ka-Ran doesn't seem like the ordinary girls he used to meet. She doesn't even seem to be scared of the hooligans. He slowlys feels himself falling for Ka-Ran but somehow she doesn't seem to open up her heart to him.

She was Ka-Ran's elementary school classmate. She's the youngest daughter of a renowned family in the southern province of Korea. She really does represent the word "princess-like" itself. She's always composed, cultured and of course with a perfectly pretty face and figure. Unlike Ka-Ran, she's used to being served and nicely treated by other people, especially the men. She in fact enjoys getting this kind of attention from men and has always been the center of men's attention ever since she was little. She's the kind of girl with every quality that a girl would ever want and this naturally makes other girls very jealous.