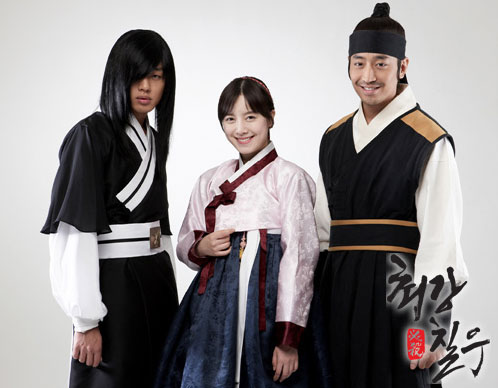 Here comes the Korean-version caped crusader! In this historical action drama, a singer-turned-actor Eric cuts a dashing figure as a Zorro-like hero. Living a double life, Chilwu(Eric) is nothing but a negligent officer in the daytime, but at night he turns into a charismatic leader of five assassins standing up against injustice and brutality committed by the wicked in the 17th century Joseon Dynasty. Enraged at his innocent sister's death, our hero makes a 180-degree transformation, changing into an assassin to fight against the corrupt world. Watching swashbuckling action scenes including Eric's rousing swordplay and flamboyant martial arts, viewers find themselves gradually unmask a conspiracy and mystery surrounding Chilwu's assassin group.

Kang Chil Woo is a lowly officer during the Joseon era. Chil Woo is not a very smart and one of his life long goals is to become a midlevel officer. However when night falls, he is no longer that low level officer but instead a top assassin in an assassination organization. He gives out punishment to criminals and gives justice where needed. So Yoon and Chil Woo have a tragic love story. Yeon Doo is the daughter of a fallen yangban who owns a textile shop. She falls in love with Chil Woo after he rescues her from thugs who were harassing her.