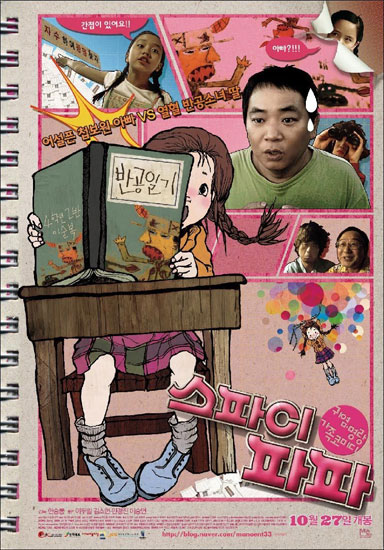 A spy father and a daughter who goes after spies?

Lee Man-ho (39) who runs a laundrette in North Korea is an anti-North spy, or commie who was dispatched as a resident spy 14 years ago. He does anti-North activities every night such as decoding passwords from the South for his country.

Soon-bok (11) is an anticommunist fourth grader. She is passionate about orating anitcommunism, drawing posters and picking up North Korean leaflets enough to recieve a commendation for crime prevention then starts catching spies.

While chasing after a graverobber in the mountains, she finds out her father is a spy and Man-ho also realizes that his daughter knows about his identity. They both don't know that they both know about each other and Man-ho worries that Soon-bok will get hurt because of him.

What choice will the daughter and father make?