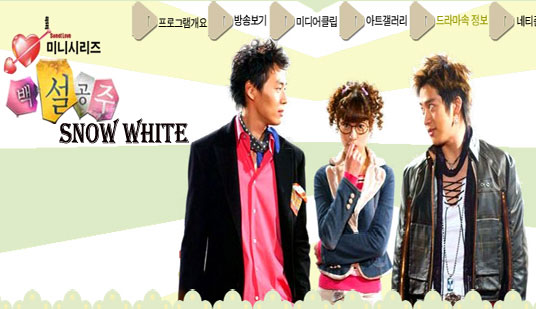 It's a love story of a woman named Ma Yeong-hui who turns the traditional notion of the fairy tale love upside down as she practically hijacks the princess on a white horse. Yeong-hui is a 26-year old freelancer or a "swan," euphemism for a jobless and rudderless woman. Her slender figure of now belies her former self during high school when she was a shot-putter of daunting reputation and carried the nickname, "Witch of Gangwon-do." She is strong, healthy, valiant, and yes, she isnt so pretty. She does, however, have her prince as well. Its none other than Jin-wu for whom she has persisted for 7 years to consummate her unrequited love! Wreaking havoc at every turn, she doesn't spare any efforts in winning over his heart. Finally, just when Jin-wu finally falls for her, alas, her heart was set on his baby brother and stunningly good-looking Jin-wu's younger brother by 5 years.

Ma Young-Hee (Kim Jung Hwa) has been in love with her best friend Han Jin-Woo (Yeon Jung Hoon) since the first time they met in high school. Han Jin-Woo, on the other hand, does not see Ma Young-Hee's love for him and blindly goes out with other girls in front of Ma Young-Hee. On a trip to Japan, Young-Hee meets a young man on the street who takes her back to his apartment since she is drunk. Young-Hee accuses this man of raping her even though he didn't, but before she can rightfully press charges, he runs away as the government officials of Japan chase him down for an expired visa. Upon returning to Korea, Jin-Woo stops by her apartment and introduces his younger brother, Han Sun-Woo (Lee Wan) who just happens to be the young man she met in Japan. Jin-Woo asks if Sun-woo may stay at her place, and Young-hee accepts out of love for Jin-Woo. The story unfolds as a sudden high school classmate of Young-Hee, Jang Hee-Won, (Oh Seung Hyun), begins to court Jin-Woo.