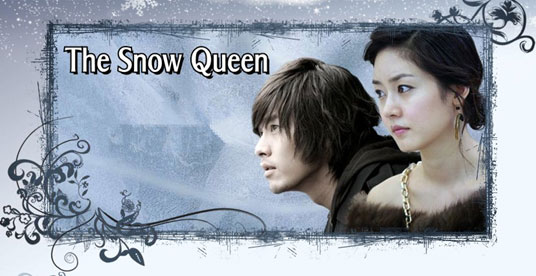 After winning the grand prize at a high school Mathematics Olympiad, Han Tae-ung learns that his friend Kim Jeong-gyu, who had always lived under the media spotlight, had killed himself after failing to clinch the Olympiad title. Immersed in guilt that he had caused his friend's death, Tae-ung quits school and runs away from home. Eventually, he returns, but his single mother had already left. Tae-ung finds a new home in a shabby, third-rate boxing club, and lives under the name of Deuk-gu. Eight years pass and then, Deuk-gu meets Bo-ra, the daughter of a wealthy businessman. He prevents her from committing suicide, and from then on, their relationship grows closer. After landing a job as Bo-ra's chauffeur, he learns that she was the little girl he had met years before. As facts from the past are revealed one after another, will Deuk-gu be able to overcome his past and live his life as Tae-ung once again?

Tae-ung is a genius who loves math. In high school, his friend Jeong-gyu kills himself, and Tae-ung, thinking he is to blame, is wracked with despair. He runs away, and when he returns home, he finds that his mother has left. For the next eight years, he lives by the name of Deuk-gu, who was Jeong-gyu's favorite boxer. A high school dropout making a living as a sparring partner in a third-rate boxing club, Tae-ung is a 25-year old man with no hopes or dreams, other than to find his mother again. As he lives a life of desperation, which he believes is the only way to expunge the guilt over his friend Jeong-gyu, he meets Bo-ra and finds himself wanting to be happy again. His outstanding intelligence, kind heart, and perseverance trigger the maternal instinct in women who know him well.

Thanks to a wealthy father and great looks, Bo-ra seems to have everything. But since her mother died when she was six, she has always felt lonely. Her father is always away on business, and myasthenia gravis, which she contracted in childhood, limits her abilities. Still, she has managed to survive to the age of 22. Her illness and family environment have affected her personality, and she guards her feelings by maintaining a cold demeanor. Although she has a habit of behaving badly and disrespecting others, men follow her as if she were a queen. However, she is intrigued by Han Deuk-gu, which her tricks don't work on him. She actually has a warm heart and is hurt easily, which is why she fears revealing her feelings.

As the youngest child of two doctors, Geon-woo also becomes a doctor. At age 29, he is a good-looking surgeon who works in a general hospital. He has rarely experienced any hardships in life, so he has a confident and friendly attitude. With his looks and good manners, he is popular with women, but not at all interested in marriage. One day, he meets Bo-ra for a blind date arranged by his parents, and falls in love with her at first sight. After that, he feels that becoming a doctor was his destiny, and he wants to protect and take care of her.

The 22-year-old daughter of Lee Dong-sul who owns and manages Seung-ri Boxing Club, Seung-ri works as a diet consultant and boxing trainer at the club. She is rather tomboyish with an easy-going character that is both affectionate and emotional. Since she was a child, she has liked Deuk-gu in more than just a brotherly way. Nonetheless, when she learns that he loves Bo-ra, she has the depth of character to wish both of them happiness.