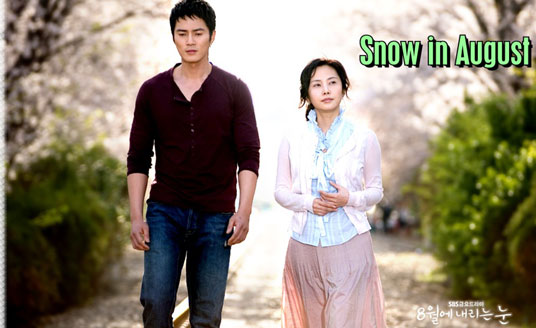 Three years ago on a raining day, Ban-suk (Chu Sang-mi) goes out to find her husband, Wang-bae (Choi Jun-yong) who is having an affair. That day, her son is killed in a hit-and-run and Dong-wu (Jo Dong-hyeok) finds out his girlfriend, Mi-su (Bak Tam-hee) has left him and their son. Three years later, Ban-suk gets out of a rest home and plans to seek revenge when her husband asks for a divorce. She decides to move to the same apartment complex where he and Hong-hwa are living together. Next door, Dong-wu, a part-time trainer at the gym Ban-suk is working at, is living there. Ban-suk sees Hong-hwa flirting with Dong-wu at the gym and is disappointed that Dong-wu goes along with that. She begins to see him as a playboy that her father and her husband were and hates him. Since then, they have conflicts about everything. Meanwhile, Dong-wu's ex-girlfriend and his son's birth mother, Mi-su gets in an accident at a club and gets help from Ban-suk's brother, Jong-hyeok. One day, Ban-suk meets Dong-wu's son and begins to understand who Dong-wu really is. After they realize they both have grudges against Ban-suks husband, Wang-bae, they become closer friends. When Dong-wu's son treats her like his mother, Ban-suk is reminded of her dead son. Dong-wu, who is helping Ban-suk overcome her difficult past, falls in love with her without realizing that he's the one who caused her pain three years agoIn short, Jo Dong Hyuk will be playing a 27 year old single with a six year old son who falls for Choo Sang Mi, a thirty-three year old divorcee. Her husband cheated on her and she suffers from the pain of losing their son in a car accident 3 years ago. This drama is about how the two meet and through a child they heal each other wounds.