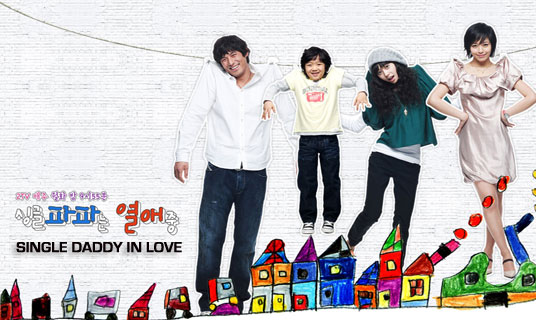 A romantic comedy about 4 people in the most complicated relationship. Kang Poongho (Oh Jiho) is a young and handsome single father. Jeon Hari (Heo Yijae), a medical student, falls in love with him. Meanwhile her father, Jeon Kisuk (Park Chanhwan) is engaged with Kang's former wife Yoon Soyi (Kang Seongyeon).

Kang Poongho, the handsome single dad, lives his life as a passionate father trying to make up for his wife Yoon Soyi's departure. She left her poor husband and son to study abroad for her career and success and promised herself to marry a wealthy man who will provide for her. Then Jeon Hari, an energetic and eventful girl, shows up in Kang's life and begins to boldly show her affections towards him.

Hari grew up under her father who was a doctor and her pianist mother. But after her mother had passed away, her father went abroad to study with her piano teacher, Yoon Soyi. Hari was left by herself. Hari who has no experience in dating falls head over heals for Kang Poongho. Kang who is still experiencing the bitterness of his wife's betrayal did not accept Hari at first. But in the midst of their quarrels, they begin to fall in love.

Then, after six years of absence, Kang's ex-wife, Yoon Soyi suddenly returns. Kang is shocked when he hear that Yoon's fiance is Jeon Hari's father (Jeon Kisuk). Realizing that his ex-wife will become Hari's stepmother, he decides to give up on his love for her. But Hari refuses to give up. In front of this most complicated relationship, something unexpect ed will happen for the four and change the whole scene. Because of this happening, Yoon decides to cancel her engagement to Jeon and comes in touch with a belated maternal love for her son. Hari stays beside Kang Poongho, who goes through the hardest times due to a sentenced death and illness, and shows her innocence and sincerity in her touching love for him.