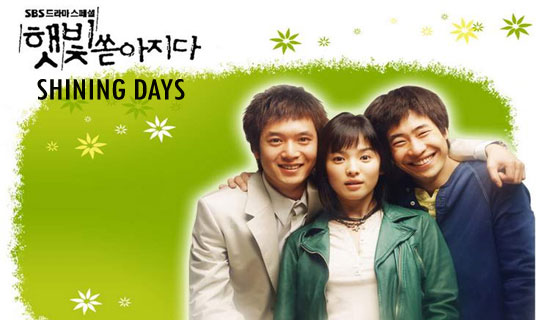 Also Known As: Sunshine of Love / Sunlight Pours Down / Rays of Sunshine


Yeon Woo grew up happy in a loving family. One day, her father had died mysteriously, and her mother remarried a man who was 10 years younger than her. Misfortunes never come singly. Her mother died of Wilson's disease and her step-father ran away with money. Min-ho, an old friend of hers, is always there to comforther. Min-ho decided to be a policeman to catch a murderer who killed Yeon Woo’s father. Eun-sup came back to Korea with the sole purpose of stopping his lover Soo-ah from getting married, but Soo-ah gave him an outright denial. To make matter wose, his father sent people over to his hotel to catch him. He ran away from the hotel and he accidentally fell into the subway track and became unconscious. Yeon Woo saw the whole scene in the platform and saved his life. Eun-sup asked her if he could stay in her place temporarily since he had no place to go. So Yeon-wu, Min-ho and Eun-sup all started living in a same house...