The Scale of Providence 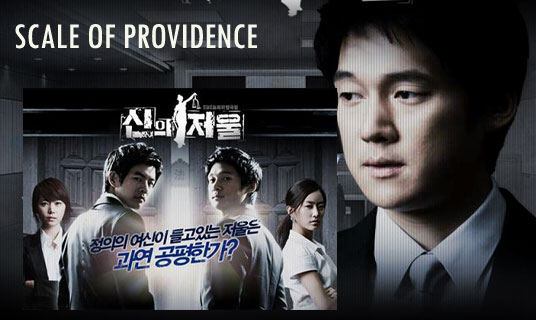 
Jang Joon Ha is a man out for vengeance. In one day, Joon Ha lost the two most important people in his life. His brother, Young Ha, was wrongly convicted of a crime that he did not commit. The woman that he loved was murdered and his brother was the prime suspect. Joon Ha, an attorney, sets out to prove that someone else committed the crime.

The Scale of Providence trailer