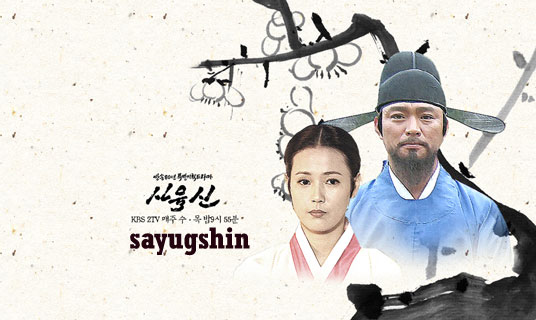 
The drama is based on the historical background of King Sejo (1455-68) and the six loyal subjects, known as 'sayuksin.' The story tells the tale of six royal officals of the court who try to help restore Danjong of Joseon to power and fight against the coup led by Sejo of Joseon. It is a story of six loyalists who were killed in an attempt to restore the dethroned King Danjong after the notoriously brutal King Sejo seized power.

Marking the 80-year broadcasting history, this drama was produced as a special project in the form of outsourcing in North Korea. It is the first exchange project of broadcast drama between the North and South Korea.

The six martyred ministers were six ministers of the Joseon Dynasty who were executed in 1456. They were executed by King Sejo on the charge plotting to return Danjong to the throne. The Six were Seong Sam-mun, Pak Paeng-nyeon, Ha Wi-ji, Yi Gae, Yu Eung-bu, and Yu Seong-won. Most were members of the Hall of Worthies, a high council of state, who had been appointed by King Sejong. King Munjong had charged them looking after his son King Danjong, and they reacted with outrage to Sejo's usurpation of the throne in 1455. Together with Kim Jil , they plotted a coup to coincide with the visit of a Ming Dynasty envoy. However, Kim Jil changed his mind at the last minute and betrayed the plot to Sejo. The Six were seized and tortured; when they refused to repent and insisted that their actions had been righteous, they were executed. In later years, national opinion came to revere the Six as model subjects, and numerous shrines and seowon were erected in their memory.