Save the last Dance with Me 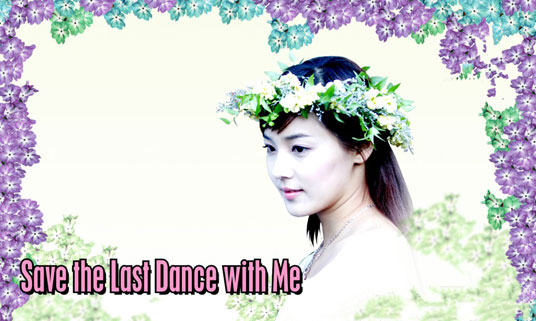 While studying photography in the US, Hyun-wu rushes to Korea after hearing news that his father, President Kang, is seriously ill. However, he soon finds out upon returning that his father had lied about his health condition to lure him back home to assign him to head the with his father when President Kang also pressures him to get engaged to Su-jin.

After storming out, Hyun-wu encounters a robber and is stabbed and gets his car stolen. Eun-su, who is living comfortably with her father in a pension complex, finds unconscious Hyun-wu on the road. She soon discovers that he is suffering from amnesia. In the meantime, with the help of Eun-su and her father, Hyun-wu recovers and they name him Chang-ho. Hyun-wu, completely unaware of his family and Su-jin are desperately waiting for him, slowly falls in love with Eun-su while Tae-min masterminds a plot to destroy President Kang. Chemistry Department. Hyun-wu gets into a heated argument.

Eunsoo (Eugene) is a pure but unsophisticated woman who runs a small resort inn with her father. Eunsoo is just an ordinary girl, but her life changes when she meets a man (Ji Sung) who's completely lost his memory. She takes him in and cares for him, and even gives him a name: "Baek Changho". Love blossoms, and soon wedding bells can be heard. But on the night of their wedding ceremony, Eunsoo's father passes away. And soon after, Changho disappears too! In the blink of an eye, the two people Eunsoo loves most in the world have left her. But Changho had his reasons for disappearing: his real name is Kang Hyunwoo, and he's heir to a large conglomerate. Even more, someone is plotting to kill him...

Save the last Dance with Me trailer