Ruler of Your Own World 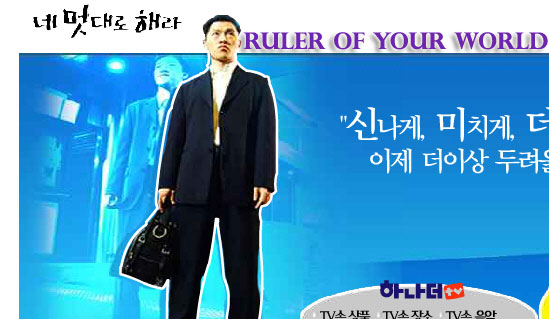 Also known as: As You Wish

Ko Bok-Su's life is a mess. After a difficult childhood and time in prison, fate leads him to Chun Kyung. Bok-Su steals her wallet, but the chain reaction that follows from the act is both unpredictable and unforgettable. Ko Bok-Su embarks on a journey that ultimately touches the lives of all those around him, and will inspire and surprise even the most jaded K-drama fan!

This was called by many the best Kdrama of 2002, and with good reason. Not a big hit when it was originally broadcast, it slowly built up a huge and loyal fanbase. All of the actors put in impressive, touching performances. Couple that with some of the best (and most believable) writing, this drama stands alone for its simple, unpretentious storytelling.

The basic plot seems to be pretty typical Kdrama stuff: Bad guy does bad things. Gets fatal illness. Falls in love with someone who isn't "suited" to him. Love triangle between him and his old girlfriend, blah, blah, blah. But what makes this drama unique is the almost total absence of the usual high-tension, dramatic plot twists every episode or two. It is not a story about the disease at all, but about the development of the characters and how they deal with the massive changes in their lives as a result of it.

Yang Dong Geun plays the role of Boksu in a way that conveys his almost childlike innocence and wonder, as if really seeing the world for the first time in his 26 years. Seeing him try so hard to make everything right, have a life, love, and do the least harm to others as he can, you really feel for the guy.

Lee Na Young is a refreshing change from the typical gorgeous, but kind of plastic leading ladies usually found in these series. She's quiet, a bit moody, hard to get close to, and dresses like a tomboy with her Converse All-Star sneakers. When she hooks up with Boksu and the walls start coming down, she discovers a level of self-acceptance and strength that is beautiful to behold. I totally fell in love with her in this series! Gong Hyo Jin has long been one of my favorite actresses. Far removed from her teary, tough-but-sappy performance in Sang-Doo, she's incredible as Mi-Rae. The tough, bitchy chick with attitude is also hard-working, driven, and totally faithful to the man she loves. Seeing her react when her love is obviously falling for another girl, I have the utmost respect for her character.

Everyone else is just as impressive in their back-up roles. I'll admit, this is not in my mind one of those "I'll chew through walls if I can't see the next ep NOW!!!" type dramas. In fact, I ended up watching 2 or 3 others in their entirety while watching this one. The reason for that is that the progression of the characters is just so natural. None of the usual plot devices to drag you in and rip out your heart. I did, however find my thoughts returning to this drama a lot more frequently than the others. It's kind of like when you pretty much know what-all's going to happen, so there's no urgency to get to the end. The show never seemed to drag in the second half like so many others, though. And this is one of the rare dramas that ends exactly as it should. It was a bit surprising to me, but the ending was just perfect. Whereas a lot of the shows I've been watching have been like a nice quick meal at McDonald's when you're starving -- instantly satisfying, but you know you've had the same thing 100 times before, this drama was like a nice, relaxing 7 course meal with a brandy snifter and a pipe after. It doesn't pull you off your seat every 5 seconds, but it digests nice and slow, and gives you a long, mellow, satisfied feeling that stays with you for a while.