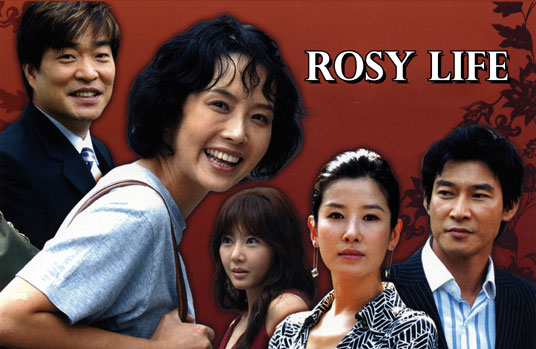 Maeng Sun-yi sacrificed her childhood and youth to taking care of her father, who started drinking heavily after her mother abandoned them when she was 10, and her two younger siblings. She even gave up her own education because she had to work hard to earn her siblings' tuitions. She is married to a guy named Ban Sung-moon, her five years junior, and has two daughters with him. Her life continues to present her with endless hardships but she just believes that that is 'happiness.' One day her husband falls in love with an attractive divorced woman and demands a divorce from Sun-yi.

Sun-yi's younger sister, Maeng Young-yi, is a successful career woman. She dates her first love Lee Jung-do, who is now married to another woman and who broke up with her for the sake of his career in the past.

Finally, Sun-yi's younger brother, Chul-soo, earns his doctorate degree in the United States and settles down there, completely ignoring his responsibility of taking care of his father.

Just to make things worse, Sun-yi is one day diagnosed with cancer, which to her is tantamount to a death sentence. After learning about her disease, her husband reflects on himself and shows her the genuine meaning of marital love.

Maeng Sun-yi: An ordinary housewife married to a man five years her junior, with whom she has two daughters. Her difficult childhood taught her the value of money, which she knows better than anyone else. After years of working tirelessly, she saves enough money to buy her first home in an upscale apartment building. But on the 10th anniversary of their wedding, her husband demands a divorce from her.

Ban Sung-moon: Sung-moon is Sun-yi's husband, who falls head over heels in every woman he ever happens to love. He decides to leave his wife, who treats him as a reckless younger brother, for an attractive and cute woman who arouses in him his instinct to protect, and tries to find genuine love in her.

Maeng Young-yi: Young-yi is the younger sister of Sun-yi, who raised her after their mother left them. She has a cold-headed and self-assertive personality, and does not believe in marriage. She dates a married man who used to be her first love.

Lee Jung-do: Jung-do is a high-ranking public servant who left the love of his life, Young-yi, for a rich woman and married her. His future plan is to become a politician.