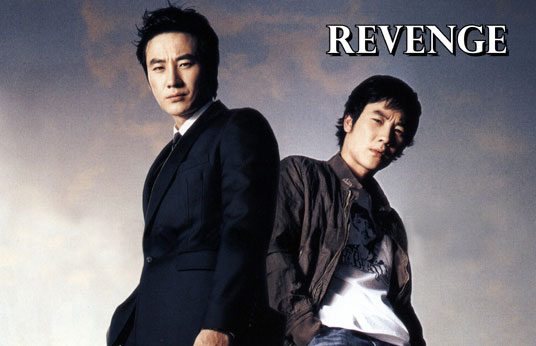 The main character of the series is portrayed by Um Tae-ung, who acts in double role. He plays twins -- Seo Ha-eun, a detective, and Yoo Shin-hyuk, the scion of a family-owned conglomerate -- who were separated due to a childhood mishap. Ha-eun first learns that he has a twin brother while investigating his father's mysterious death. The two finally chance across each other, but their father's murderers mistake Shin-hyuk for Ha-eun and kill him. Afterwards, Ha-eun disguises himself as Shin-hyuk to avenge his brother.

Um Tae-ung portrays two characters. The first character, Seo Ha-eun, is a hot-tempered detective who lost his parents in an accident as a child and was raised by someone else. This upbeat and outgoing guy seems to be ideal in everything, but when he is with his girlfriend, Eun-ha, the love of his life, he acts like a child. The second character, Yoo Shin-hyuk, ends up being a son of a family-controlled conglomerate after his mother's remarriage. He has a cold-headed personality and keeps his heart closed from the outside world to overcome his inferiority complex of being a stepson. He feels guilty about losing his twin brother, and always looks strong on the outside, whereas on the inside he is the weakest person on earth.

Lee Kang-joo: This upfront and free-spirited woman is open-minded and unbiased. She works as an intern journalist, and though she has a warm heart, she often looks arrogant in the eyes of others for her self-assertive personality and the fact that she is the daughter of a politician.

Chung Jin-woo: This authoritative, cold-hearted and meticulous man is the vice president of the J&C Group. He tries to look gentle and well-mannered on the outside, but deep inside he is possessed by arrogance and self-confidence.

Seo Eun-ha: This smart, upbeat and frank woman is in love with her job. As one who had difficult childhood, she knows how to commiserate with the underprivileged.