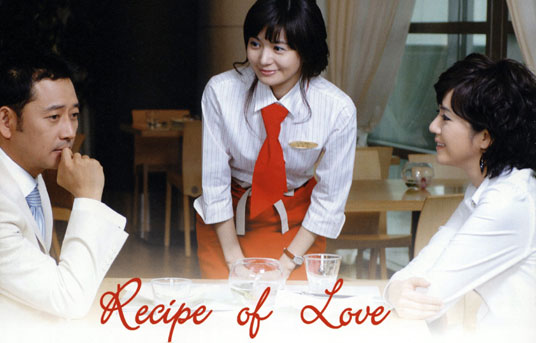 An Interesting Story, a Pleasant Drama. This is a story of the love and success of Soon-jin who is poor, but always optimistic about her life. Soon-jin's story will remind the viewers that true happiness depends on one's mindset. It also shows us the great power of love. Combining the good qualities of both Italian and Korean dishes, a character finds success in the restaurant business and even expands the business abroad. Through Soon-jin's family, the drama also emphasizes the importance of family in our lives. Unlike a typical Cinderella story, the viewer will witness Soon-jin using her every effort to become the best. The Story of a Cinderella who doesn’t wait for her Prince Charming. The story of a beautiful and lucky woman who becomes a Cinderella by luck neither interests the viewers anymore, nor does it encourage them to work hard to improve their lives on their own. This drama is the story of a woman who chooses to take control in her life instead of waiting for Prince Charming to change her life for her. Oh Soon-jin. She doesn't have anything. But she's always hopeful and confident about herself.And Kang Sae-han. He has everything that an average person can ask for. But he doesn't believe in love. This is both their love story and their success tale.

She graduated from a technical college majoring in a service-related field. After working 2 years at a hotel and 5 years at a restaurant, she gets a new job as a waitress at Angel Park with the help of Jang-tae. As a marketing specialized waitress, she plays an important role to promote the job. Thanks to her parent's loving care, she became a very optimistic and energetic person. Later, she makes Sae-han realize that he can love again and she also teaches him the true meaning of love.

His grandfather is the founder of a leading conglomerate in the country. However, his father was born out of wedlock, so he was excluded from their societal circle. He proves his excellent management skills, now he's running a construction company that his family owns. He met his first love at the age of 19. Despite his mother's disapproval, he maintained the relationship with that woman. She ended up getting pregnant and later died during labor. She left him a son named Kang Hyeok. After that, he was very close to getting married several times, but every time he managed to find a way out. He went out with Baek So-ra for 3 years, but when she asked him to marry her, he broke up with her. They remain friends, though. He gives her the management rights of a fancy restaurant on the condition that they break up. After overcoming difficulties, he manages to become successful in his restaurant business.

He's the son Sae-han had at the age of 19. His mother died when he was born. His father Sae-han was away studying abroad until he was 5 years old. He loves auto racing. He lies to Hong Su-jin that he's 25 years old to go out with her.

While 19-year-old Kang Hyeok lies to her about his age, she lies to him that she's 25 years old. She falls in love with a man who is actually 10 years younger than she is. She's a mysterious person who follows orders from her brother in jail. Her brother orders her to marry Sae-han to get revenge. When things don't work out as she planned, she approaches Kang Hyeok who is Sae-han's son.