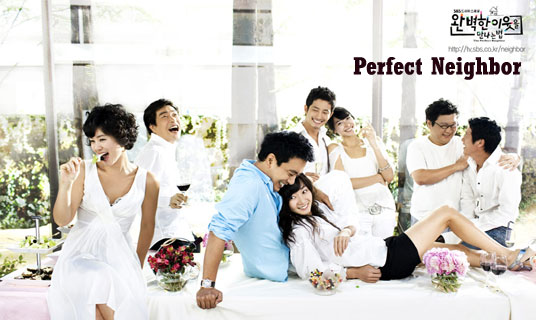 Mi-hee (actress Kim Sung-ryeong) brings her sister Yoon-hee (actress Bae Du-na) along to a trip to Cambodia after hearing that Soo-chan (actor Kim Seung-woo), a former handsome con artist who became a promising college lecturer, is going to travel to Cambodia to play golf. But when she sees Soo-chan with another woman at the airport, she becomes very disappointed. While on his way to marry a bride in Cambodia, Deok-gil (Sohn Hyeon-joo) meets Soo-chan, the man who ruined his life, at the airport. Not only does he get in a bad mood from seeing Soo-chan, but to make matters worse, he is stuck in the economy class section while Soo-chan is with a rich woman up in the business class.

Yoon-hee gets angry when she learns that the woman accompanying Soo-chan is married and the daughter of the college president. She lectures Soo-chan to stop seducing women for pleasure like how he seduced her own sister. Deok-gil, who was rejected by his Cambodian bride after flying all the way to Cambodia to get married, sees Soo-chan with another woman and flies into a rage before collapsing. Soo-chan discovers Deok-gil lying on the floor and overhears him mumbling in his sleep that he has no luck in wooing women. Soo-chan feels pity for Deok-gil and decides to be his love coach.

Thanks to Soo-chan, Deok-gil gets married to a beautiful Cambodian girl and returns home as a happy man. But Deok-gil finds out that he was swindled out of his money without getting the bride. He barges into Soo-chan's home with his son and moves in with him. As Deok-gil, Yoon-hee, and Mi-hee get involved in his life, Soo-chan, who was liked by all the wives at the company dormitory complex, faces some complicated issues...

Baek Soo Chan has nothing in his hands but he lives a life under the belief that he will become the man any woman who sits next to him wants. However, his belief is questioned when he starts to realize true love.

This drama will be focusing on the relationships of four persons who are living in the company's dorms. A professional con-man, a successor to the company, a lawyer and her meddling assistant.