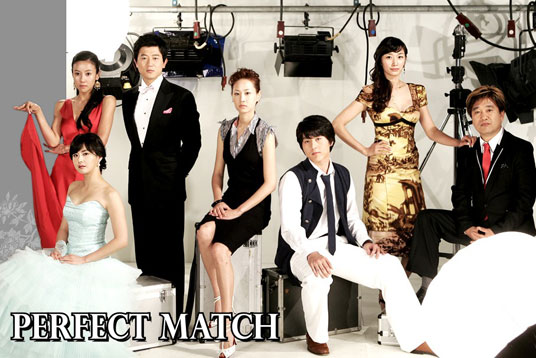 A romantic comedy between a woman who doesn't believe in love and a man who is devoted to her...

A bad woman with liberal values'Who cares about marriage? Just spend one night with me.'Kim Dang-ja, an independent woman who wants to be a single mother by choice

A perfect man with conservative values'Since we spent one night together, we have to get married. You're the one I love, and we were meant to be together.'Choi Jae-chun, the most conservative man you've ever met.

One woman's incredible strategy to seduce a man!

Dang-ja (Shin Eun-kyung) is a successful editor of a glossy, high fashion magazine. She is stylish and looks as if she is a beautiful heroine who walked right out of a romantic novel. However, there is more to her than what meets the eye. To hold onto her job and maintain her reputation, she works at a furious pace every day. People call her an old maid, but the last thing on her mind is getting married.

Marriage would only interfere with her career. She's the epitome of a smart and savvy woman. With her hectic schedule, marriage is a luxury she can't afford. In addition, none of her friends are happy in their marriages. One day, when Dang-ja witnesses her friend Han Young's (Choi Jung-yoon) husband Kim Yoon-suk (Park Sang-min) cheating on his wife, she gets furious. Marriage? Forget it! Dang-ja enjoys every moment of her life as a single woman. But sometimes she has her doubts about being alone for the rest of her life. When she sees children with their mothers or her friend Dol-soon's daughter, she can't help but feel emptiness in her heart.

Meanwhile, Dang-ja hears the sad news that her favorite teacher from high school passed away. Because her teacher was single all her life, she had no family to handle her funeral. Dang-ja is shaken by the experience and she becomes scared for her own future. She doesn't want to die a lonely death like her teacher.So she suddenly decides that having a baby is the answer to her problems. But how can she have one when she's not even married? It's quite common to be a single, working mother in the West, but in a conservative and rigid society like Korea, it is socially unacceptable.Determined to have a child, she heads for a sperm bank. However, she is denied because of her single status. But that will not stop her from getting what she wants. She sets out to find a smart, tall, athletic, and good-looking man to have a baby with a perfect set of genes.