Over the Green Fields 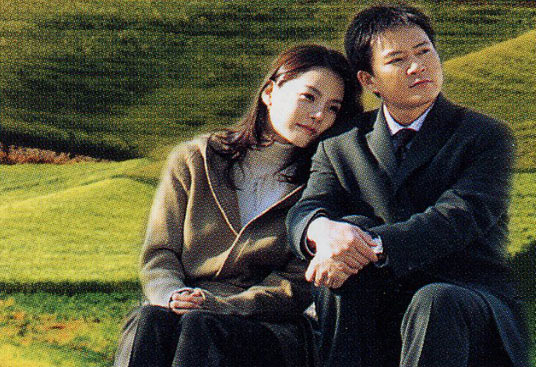 Genuine love between a full-hearted man and a tomboy princess

Tae-yoong is a car salesman. He is optimistic, candid with a strong conviction. He has the strong will and bravery to face head on and not compromise to justice. He also has his own principle in sales and sticks to it at all costs. This causes him to inflict loss many times, but he believes that momentary gain is less important than his conviction. Yeon-ho is a pediatrician. She's an only child of an affluent family and is the hope of the family. Being a princess of her parents, she is a self-centered person but also bright. This is the story of a man, who has nothing to show except for siblings and true courage, and a woman, who has never experienced failure and who has only cared for herself inside a plentiful enclosure, who find the true meaning of life and who become mature through the process of meeting and falling in love.