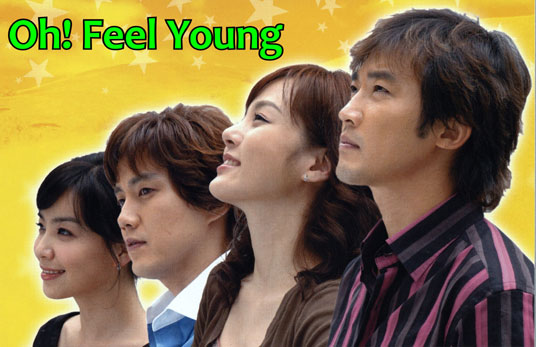 There is a proverb mentioning a slim probability of the riches to go to the heaven.People say that good-natured people live poorly.To survive in a tough world, sometimes you need to be selfish and measure your own interests with your mental calculator. You should know how to betray others saying that there is nothing you can do. Living a life means you should be snobbish as mush as others.

As we grow up, without any special intensive courses, we naturally learn how to be snobbish. Amidst lots of people, we live a life of our own 'very well.' However, when bumping onto the persons who are so native and innocent to follow only one path with perseverance, we are worried about them on one hand, but feel happy on the other hand because such people still live around us.

We want to cheer them instead of competing against them.Maybe it is because we are nostalgic about something that we have forgotten for a long time and feel a sense of guilt. Here is one of such persons.

He is not well educated and doesn’t have much belongs.He thinks seniority is more important than social status or positions. He never puts others in trouble on behalf of his interests. He is willing to give up on his life for the love he blindly pursues. He is a young man like fresh fish just caught from the water.

However, he is thrown to the management room of a corporation which is one of the coolest places in the world.He is surrounded by the group of people who know the rule of survival of the fittest very well. In the situation, how will he survive and stand tall over his rivals? How can he win his love for which he is willing to give up on his life? We want to see his ordeal, while crying, laughing and cheering together.

This drama is picturing a mythology where an innocent person can clench success.

Oh Pil-seung (28, male)He is a lazy bum.He hates taking responsibility and is not suitable for having a regular life style.He is not a hard worker and has no plan for his life. Then one day, when he woke up, he found himself as an heir apparent of a top-notch logistics company.As for English, he can speak hello, thank you, how are you and oops only.The books he read in-depth are the comic book entitled 'fearful baseball team'.The six months of working at a pier for a cargo unloading company is all about his career.He doesn’t use his head except for knocking other's heads in fights.Surrounded by top-class elites, he is forced to lead them as their boss.

Bong Sun-yeong (26, female)She is the manager of a large discount store. She can die for her love.She cannot hide her feelings. Whether she likes or dislikes it or whether she feels embarrassed is all there on her face.Whenever reading boy-meets-girl comic books or watching similar films, she tries to change her into a feeble, classic and pretty female character she saw in books or films, but to no avail.Nevertheless, she waits for her love of destiny and wants to fall in love with a prince on a white horse back.So far she has dated with 19 men but all of them have dumped her.Now she is about to start her 20th one-side love toward Jae-ung.Then a guy stands on the way disturbing her love and he is such a headache.He is Oh Pil-seung, who is least educated, makes little money and has no house.

Yun Jae-ung (29, male)He is a young and competent elite person. He leads a team in the planning office of a top-ranking conglomerate.With IQ 170, he has been called as a genius. He has never yielded the top place in school to others from primary school to university.He doesn't know what is a failure and the bitter taste of life.The life has been always smooth to him.There are lots of women who admire him. Yet to him woman is a temporary partner he can dump anytime when she is no more needed.From the date he was born till now, he has pursued No. 1 in his life. Then one day he falls in love with a woman who is too ordinary and makes mistakes all the time.The man (Jae-ung), who has dumped women all his life, and the woman (Sun-yeong), who has been always deserted by men, will make a romance.

Noh Yu-jeong (29, female)She is a chief secretary supporting Pil-seung.She is so perfect that men feel inferior to her.Her work is seamlessly perfect and she is strict in managing herself. She gives no room for guys to approach.The fact of the matter is that she is so humane and has many flaws.She is afraid of getting hurt and always worried about being useless.To hide her concerns, she makes redoubled efforts to look strong.She is a university alumnus of the successor of Chairman Shin and has engaged with him.Over night, however, she lost her fiancé. Then she got an order to transform ignorant Pil-seung into a person suitable to become a head of a large company.

The male leading character is looked down on by the so-called intellectuals who have a calculating mind and are keen to securing their interest. Actually he doesn't show remarkable achievements. However, he is perseverant and good at riding over challenges. With the main character, the drama is aimed to appeal to and be supported by the less educated and the lower-income class.

The drama is hoped to have a human face depicting the life of warm-hearted persons.Instead of making the viewers serious and think hard, it is aimed to be an upbeat drama, making the audience smile on their face while watching it.

The drama wants to tell a story of love which knows putting others first.Love is to make the other person really happy. Love is to know when to let go of the people you love instead of possessing them.

The conventional way of story development is not followed by this drama. The conflicts of characters and variations will lead the story to move forward. It is a young and colorful drama.