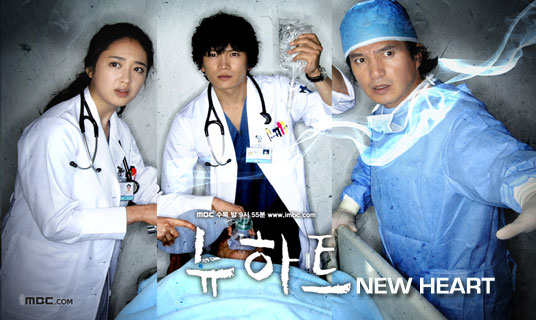 Chest surgeons are bombarded daily with emergency calls to operate on patients. Not only are chest surgeons at a higher risk of losing a patient on the operating table but the life-saving open heart surgery they perform for hours with a team of doctors costs the same as a simple 30-minute eye-slit operation performed by a single plastic surgeon.

Because of this deteriorating situation, patients might have to go abroad in the near future if they need heart or lung surgery. But even in these difficult situations, a few young doctors are blazing new trails. Oblivious to the falling status of their profession and worsening circumstances, they swear by the Oath of Hippocrates and save precious lives. is a medical drama that will depict the lives of chest surgeons as close to reality as possible.

Their tears... Their joy... Their troubles... All of this and more will be intertwined in an engaging, heartwarming story. The courage they display will make you realize how precious a life is... We would like to thank them for showing us that we are not alone in this world. They are the one who make a difference in our lives.

This drama will be about the growth and sufferings of the heart surgeons who work in the thoracic surgery department. Lee Eun Sung graduated from a newly established medical school in the provinces. He applies for a job at the hospital and has high hopes of becoming a great doctor. Nam Hye Suk graduated at top of her medical school. She is an absolute fundamentalist but starts to show her humane side once she gets to know Eun Sung. The problem is Choi Kang Gook just became the new head of the Department of Thoracic and Cardiovascular Surgery. He believes that only doctors can save peoples' lives and is a genius but he is also a stubborn surgeon who does not care for hospital policies. Only Eun Sung and Hye Suk apply to work in his department.

One day, a famous actor Lee Dong Gwon is admitted into the Hospital for arrhythmia surgery. He immediately falls for Hye-seok, who is his classmate from elementary school. He later gets jealous when he sees that Eun Sung and Hye Suk are getting closer to one another.

A young doctor who graduated from a small town medical school. He took the high school equivalency exam and then made his way to medical school. (He was a low-achieving student in high school) He grew up in an all-boys orphanage and tries to hide this past. With a single-minded pursuit to become a doctor, he applied to the chest surgery department of a general hospital affiliated with a prestigious medical school after learning that there was a shortage of applicants. Doctor Choi Kang-guk deems him as a dunce but Eun-seong is unfazed as he tries to become a skilled doctor. Through hard work, deft hand coordination, and a heart full of compassion, he later gains the respect of Doctor Choi. He even joins a teddy bear-making club to improve his hand coordination where he ends up making several teddy bears. (He gets along with the ladies in the club) He favors a Swiss knife that he uses during surgery and sewing teddy bears. When he has free time, he improves his image recognition skills by looking over the shoulders of the experienced doctors.

She scored a perfect score in the KSAT and entered medical school at the top of her class. She graduated from medical school with the highest honors and even though she was the most skilled doctor among her peers, she chose to become a chest surgeon, causing another sensation. When Professor Choi Kang-guk tells her that he cannot accept her because they do not have separate sleeping quarters for female doctors, she rails again gender inequality and threatens to file a complaint to the human rights organization. With strong principles, she will declare a patient dead if they do not respond to resuscitation efforts after 30 minutes. When she diagnoses a patient as having cancer, she'll immediately tell them they have cancer without any hesitation. Her mother is Park Joon-hee, a famous hanbok designer. Her actual father is the chairman of Hansung Textiles but since he was marred to another woman, her uncle adopted her. So in her family register, she is stated as being her mother's niece. She has strict morals and will pass over burn victims to other doctors if they had affairs at hotels before it caught on fire.

He considers himself to be one of the best chest surgeons in the nation but laments the fact that hardly anyone applies to the chest surgery department while the few applicants they do receive are low-achievers. He is disturbed that his department is becoming stocked with doctors who graduated at the bottom of their class. In a conversation with his colleagues from the plastic surgery and ophthalmology department, his pride is bruised when he is chided for being picky about the applicants. They tell him he should actually be thankful that anyone would want to apply to the chest surgery department. After having this conversation, he deliberately rejects Lee Eun-seong, a young doctor who graduated from a small town medical school, and Nam Hye-seok, the most promising intern at the hospital who scored a perfect score on the KSAT. He will forge documents to lower the medical bills for patients who are poor and give tips on how to sneak out of the hospital without getting detected to patients who do not have any medical insurance. He is always busy with his work and medical research and thus, he hardly has any time to spend with his family. He is glad that his wife is not clamoring for a divorce.