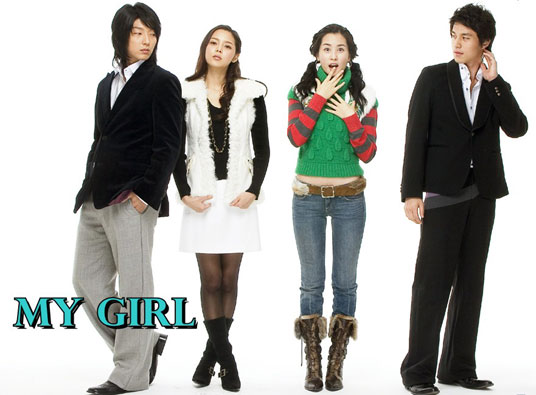 In an effort to fulfill his dying grandfather's wish, Seol Gong-chan (LEE Dong wook) searches all of Pan Asia looking for his cousin; the daughter of his aunt which his grandfather had disowned. All leads turn up empty until he finds a doppelganger in tour guide/ hustler/ swindler Ju Yu-rin (SBS 2005 Performance Award Winner LEE Da Hae). He persuades her to pretend to be his cousin so his grandfather can die peacefully knowing that his granddaughter is alive and well.

Things take an unexpected turn as her 'appearance' causes his grandfather's condition to improve significantly and regain his health. Fearful that they both will be found out and needing to keep up the charade, Yu-rin moves in with his family.

From here, things get dicey as Gong-chan has to pretend that Yu-rin is his cousin, his affection for her gets blurred. It doesn't help that his ex-girlfriend, pro-tennis player Kim Seohyun (Park Si Yeon) re-enters his life wanting to mend their broken love and his womanizing friend Seo Jung Woong has set his sights on Yu-rin.

The comedy, albeit, rather cheesy at times, is still fairly entertaining. It's execution is a lot smarter then my initial perceptions that even its slapstick means something and is not just a sight gag. And even amidst the comedy, the serious dramatic moments are never a jolt.

At the heart of the series is this notion of lying to ones self in order to survive. For Yu-rin, lying is second nature, something Gong-chan has not needed to do because everything was provided for him. Add forbidden emotions to the mix and lying and telling the truth respectively becomes more difficult than they realize.

Da Hae's tortured liar Yu-rin would be considered the straight character amidst her wacky 'real' family and the wacky character amidst her straight 'bogus' family. It's an odd line to walk, but somehow Da Hae pulls it off without losing the audiences' attention. Dong-wook's Gong-chan deteriorates from a straight as an arrow dull workaholic to irresponsible, footloose rogue very convincingly. But perhaps the performance prize goes to the Joon Ki's womanizing Jung woong, who gets a taste of his own bitter medicine that continuously eats him up inside.