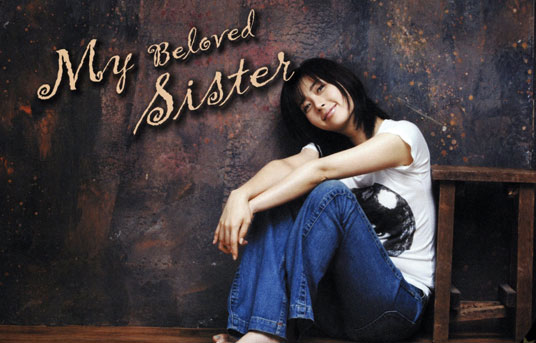 For MBC Wallpaper from this drama : http://imbc.com/broad/tv/drama/myoldersister/wallpaper/


She faces poverty, something that is more scary and unfamiliar to her than sadness. But she proudly recovers her original place by believing in herself. Many people regard accumulation of riches as the ultimate value of life. However, we have now reached a point where we need to look back and reconsider our life goals. This drama series revolves around a twenty-something woman who is suddenly thrown into the cold world together with her immature brothers, after losing her father to a sudden accident. Within a very short period, she experiences the two extreme facets of life. Coming face-to-face with poverty, something that is more scary and unfamiliar than sadness, she also has to withstand psychological downfall, which is more difficult than her loss of wealth. Fortunately, there is a man standing next to her, quietly supporting her. She overcomes her crisis thanks to this simple, warm-hearted man and his family, finally recovering her original place through her own strength and means. Through this young woman and stories about people around her, this drama series intends to ponder about the true and worthy values that we need to pursue to make our lives more meaningful.

Very confident graduate school student majoring in Art. When her widower-father with considerable wealth suddenly goes missing, she ends up having to take care of her family that has fallen to poverty. She is a woman of strong will, who will not hesitate to punch her brothers when they refuse to listen to her. After losing her father, she opens her eyes to the scary realities of the cold world.

Part-time Korean Literature lecturer at university. With no interest in secular wealth and fame, he is a simple and easy man. He is not really comfortable with the modern digital civilization. He majored in humanities wanting to spend his life studying, but sometimes regrets his choice when he sees his parents leading financially difficult lives. He loves Seung-ju but let her go, believing he would be breaking her wings if he asked her to marry him and into his poor family. He thought she would be enjoying herself traveling somewhere in Europe, but discovers that fate has taken her wealth with no place and no one to turn to.Now, it’s her turn to avoid him. Her difficult situation pains him as if it was his own, and he searches for ways to help her without hurting her ferocious pride. More than just a lover, he is a mature man who provides Seung-ju familial love similar to that of an older brother or father.

Quite and reserved. However, within her mild surface there trembles dark and deep-rooted jealousy towards Seung-ju with whom she has lived together since childhood.She met Gern-wu before Seung-ju and nurtured secret feelings for him. But with Seung-ju aggressively chasing him, she gave him up without even properly expressing her feelings. She grew up wearing Seung-ju’s hand-me-down clothes, and playing with toys Seung-ju no longer wanted. She grew up feeling Seung-ju took all delicious food, all the good things in this world. If Seung-ju had broken down after her family’s fall, she would have cried with her and felt compassion for her. But Seung-ju seemed to endure her hard fortune only too well. And so her jealousy rises to a state that she herself cannot control.

Young man who would do anything to make money. His only dream is to build a small apartment building with shops that would bring in a monthly rent about 5-6 million won, where he would live happily with his family and brother (on different floors of course). His only hobby that doesn’t cost money is teasing Noh Yu-sun, the unmarried tough girl of his neighborhood.He believes love and all that is immature nonsense carried on by people with nothing better to do.