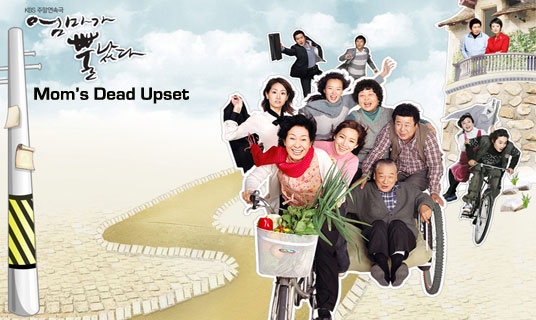 This drama is about a family living between the analog and digital world. Under one root, both generations live together. The youngsters who have one foot in the analog and another in the digital live a life of love in many ways.

The father, Na llsuk is a traditional man who has lived a proper and deligent life. And the mother, Kim Hanja has lived her life without much voicing and only prayed for her children's well-being. She is resentful but also envious of the new generation who speak their minds so freely. llsuk was born when his father Na Choongbok was doing the steel business. He barely graduated from the high school and lived his entire life as a public worker. Being a hard working and soft hearted man, his family is his whole world and universe.

llsuk's wife, Hanja was born in a poor family and barely graduated from high school. She married when she was 25. She met her friend, Na Yisuk's elder brother llsuk and married him with nothing else but love.

Their oldest daughter Na Youngsoo is a lawyer specializing in divorse cases. Because of her profession, she is skeptical about marriage. But she is also undergoing a secret relationship and living together with a law firm teamate, Lee Jongwon who is a adivorced man.

The oldest son Na Youngil never had the talent for books. He made friends and lovers easily and one day he pregnated his senior and friend, Chang Miyun.

The youngest daughter Na Youngmi is working at a PR department right after college. Thinking her lover Kim Jeonghyun was a normal man but realzing he is from a wealthy family made her leave him due to the pressure of expectations. Jeonghyun does not give up, and eventually they decide to marry. However his family's disapproval bring more drama into the story.