miss A enters Mnet's singles chart at No. 1 with "Breathe" 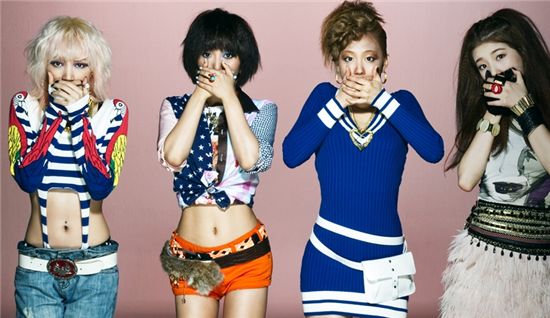 
Korean pop sensation miss A bowed into the No. 1 spot on cable music channel Mnet's singles chart during the week of September 27 to October 3 with their latest song "Breathe."

The single "Breathe," the follow-up to their hit tune "Bad Girl Good Girl," made its way up to first place, knocking down previous winner Lim Jeong-hee's "On the Way to Breaking Up" to seventh.

miss A, composed of members Min, Suzy, Fei and Jia, swept various web-based and TV music shows with their debut single "Bad Girl Good Girl" in July this year. They will stage their first performance for "Breathe" on Mnet's "M! CountDown" on October 7.

Newly released songs "It's You" by Korean balladeer Sung Si-kyung & IU bowed into the No. 2 slot and boy band BEAST's latest track "Soom" rounded out the top three.

Meanwhile, girl group 2NE1 ruled the albums chart for a month with their first full-length "To Anyone." miss A's latest single album "Step Up" placed in second, followed by BEAST's third mini-album "Mastermind."