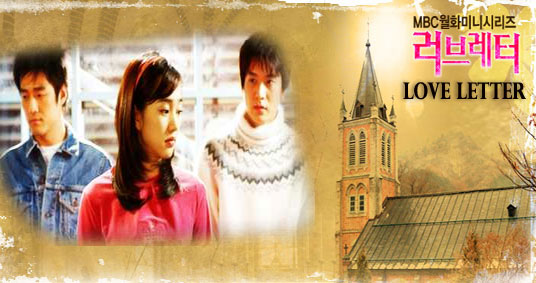 As a young "orphan", Andrea Jo Hyun Jae received horrible treatment while growing up under the care of his aunt (father's sister). When his uncle (mother's brother), a priest, found out what happened, he took him under his wings. Growing up in the church orphanage, Andrea longed to become a priest. Years later, Cho Eun Ha Soo Ae came to live in the orphanage after her mother passed away. Although at first CEH was hostile to everyone, Andrea succeeded to become her friends and the two was inseparable throughout their high school years. They rented a place of their own and became roommates after moving to the city to attend university. CEH hide her feeings from Andrea knowing that his goal was to become a priest.While in college, they made friends with Jung Woo Jin Ji Jin Hee who fell in love with CEH. Andrea also discovered that he had feelings for CEH. To complicate things, JWJ's stepmother was actually Andrea's birth mother who abandoned him to remarry. Will he choose love over priesthood ?

Think love letter, and what comes to mind? Perhaps days of youth when girls & guys are too shy to confess their feelings to one another. That describes the appeal of Love Letter, a drama about the purest kind of love. The central plot is framed within a children's story about a boy who was saved when God sent a rope down from the sky. Lee Woo jin (Andrew) is an orphan left to the care of his aunt and uncle, who are in a poor situation themselves and sees Woo jin as a burden upon them. Futhermore, his aunt hates Woo jin's mother, because she felt that his brother, Woo jin's father died because of her. Woo jin is neglected and abused, but he hangs on to the belief that God will save him someday just like in the story. That day comes when his other uncle (mother's brother), Father Peter (a priest) takes Woo jin with him to live in the orphanage he runs. To a child who has only heard of curses towards his mother, Woo jin breaks downs and cries happily when the Father Peter tells Woo jin his mother was a good person.

During his high school days, Cho Eun ha entered Andrew's life, recently orphaned herself, Eun ha is embittered by her fate. She doesn't feel as if she could trust anybody else again... when they may just eventually leave and hurt her. Andrew feels connected to Eun ha and tries to befriend her--initially he is met is cold reception as he could not possibly understand how she feels. When Eun ha finds out about Andrew's past, she gives in and finds consolation within one another, becoming the best of friends. Eun ha falls in love with Andrew and writes him a love letter, but right before giving it to him, Andrew tells Eun ha, he's going to follow his dream to be a priest... so he can spread his love to other people. Eun ha can only wish to be with Andrew for as long as possible and as they head off into college, Jung Woo jin steps into their relationship. Andrew hits it off immediately with Jung Woo jin, causing Eun ha to be jealous, but Jung's is actually taken by Eun ha. Jung had fallen in love with Eun ha at first sight years ago, and it was that one encounter which stopped him from commiting suicide during his troubled teenage years...

This was somewhat of a low-profile drama when it aired, and its mediocre ratings didn't make it a hit, even though the story was written by the same writer as Autumn's Tale. If you compare the two, you'll definitely notice similiarities in the picturesque ways of capturing the romantic scenes, some definitely parallelism between Ji Jin hee's Jun Woo jin & Won Bin's Han Tae-suhk passionate characters, but Love Letter's character's have much more depth to them. Most obviously Lee Woo jin/Andrew, whose kind and giving heart of gold turns into a frozen heart full of resentment.

After leaving the sheltered life at the orphage, his weak protective shell is attacked by romantic love and resentment, even hatred. Andrew ultimately chooses Eun ha, leaving her a love letter telling her this, but due to intervention by Jung Woo jin, Andrew thought Eun ha had given up on him, tries to continue his priesthood in Italy, but comes back a battered soul. He has chosen to become a priest, but carries a strange illness which makes him unable to feel, a heart unable to feel pain, joy or tears. This illness came as built-up of resentment towards his mother who adandoned him once in the past and now again, resentment after thinking Eun ha had betrayed him, hatred towards those who has wronged him. All this makes him question why he chose the "path to love."

First-time leading actor, Jo Hyun Jae carries an impressive performance as Andrew, not entirely unflawed, he was convincing portrayed poor Andrew. It is instilled in my mind the faint disdain on Andrew's face when he told Eun ha not to talk bad things behind Jung Woo jin's back, because Jung was his friend; how innocently he said to always think of the good side of things; his contagious smile when he said an adult can overcome any obstacle; his tear-stained face & blood-shot eyes when Andrew learned of his mother's existence, his chilling coldness towards his mother when she asked him to forgive her when he said I'll give it to you if that's what you want. That's why I became a priest, in order to forgive you, mother. The power of his explosive anger when Andrew told his mother to leave him a peace and leave him alone. In one interview Jo Hyun Jae mentioned he found strength in co-star Soo Ae's husky voice and this characteristic that helps strength her role in Love Letter. Eun ha is the strongest character in Love Letter, despite contrasting with Andrew's identity crises and what not, Eun ha harmonizes her partner; it almost seems as if she battles everything out by herself and this is Soo Ae's charm. She played it to perfection. (Wish I can write more, but nothing's coming to me now...) The pace and development was very well done from beginning to end which I can't say the same for all Korean dramas. That framework I was talking about ended the story which creates this roundabout closing, except many viewers including myself was confused about the open ending. Even if you're not a fan of romance, don't turn away from it because of the title, it may be about love, but more of a examination of spiritual/Platonic love