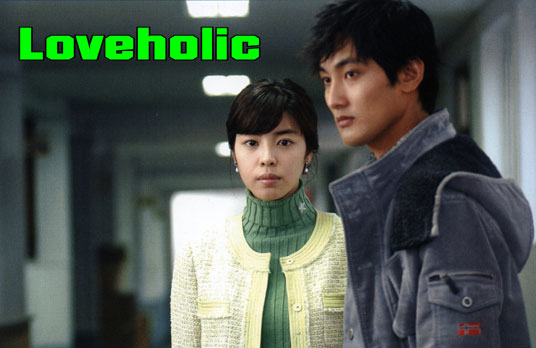 It's a love story between the disobedient student Kang-uk and his teacher Yul-ju set in a high school in Chuncheon.

Before meeting Kang-uk, Yul-ju has been dating Tae-hyeon, a public prosecutor. But over time Yul-ju and Kang-uk fall deeply in love with each other despite social prejudices, the age gap and the teacher-student relation. One day, Yul-ju accidentally kills Kang-uk's classmate who intentionally harasses Kang-uk. But due to narcolepsy, Yul-ju doesn't remember what has happened, as she falls asleep during the incident. To protect her, Kang-uk goes to jail in place of Yul-ju.

Five years later, when Kang-uk is released from prison, he meets with Yul-ju again, but Yul-ju is engaged to Tae-hyeon. Learning what sacrifice he has made for her, Yul-ju wants to return to Kang-uk, but this time Kang-uk is not alone -- Ja-kyung, his former classmate and currently a radio program host, is beside him. The circumstances hamper Yul-ju from loving Kang-uk, but she is desperate to help him recover the lost five years and become a top-notch cook.

Seo Kang-uk: Notorious in his hometown for being a rascal at school. One day, he meets Yul-ju, his high-school teacher and his four years senior, and falls in love with her. He is sent to jail for accidentally killing his classmate, but after serving his term he regains the love of his life. A troublemaker who gets involved in fistfights every day, he nonetheless is irrevocably devoted to his high school teacher (played by Kim Min-seon), whom he regards his destiny.

Lee Yul-ju: A high-school teacher who suffers from narcolepsy. She falls in love with one of her students. Despite her illness, she strives to be upbeat all the time and see only the positive side of life.

Kim Tae-hyeon: An ideal boyfriend, who is intelligent and warmhearted as well. He fully gives his heart to Yul-ju. After learning that Kang-uk and Yul-ju love each other, he falls into despair for a moment but soon gets over it and refuses to give up on Yul-ju.

Yoon Ja-kyung: An individualist with high self-esteem. While in high school, she has a crush on Kang-uk. When Kang-uk is released from prison, she is even more eager to win his heart. But eventually she is left heartbroken as Kang-uk opens his heart to Yul-ju again after the two reunite.