Welcome to the Korean movies database and synopsis!

South Korean films are commonly said to have enjoyed a "Golden age" during the late 1950s and 1960s, but the poor quality of most films, as well as government control leaves this term very questionable. Even in the 1970s most Korean films had become generally considered to be of low quality. A slow rebirth of the domestic film industry led to South Korea, by 2005, being one of a very few nations to watch more domestic than imported films in theatres. South Korean films generally differ from Hollywood films by their exploration of domestic social issues and their often unpredictable plotting. 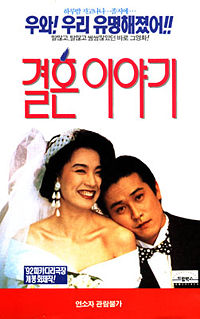 There are three important dates in new wave Korean films: first in 1992, Marriage Story was financed by Samsung, marking the first non-government funded film. In 1999, Shiri was released and led to Korean films taking over 50% of the local market. Thirdly, My Sassy Girl became the most popular and exportable Korean film in history. Each has brought new strength to the unique creation of a Korean film industry that no longer copies Hollywood verbatim. Supporting the Korean film industry have been strong government controls against copying and bootlegging and piracy, which have allowed the film industry to bring out many films, and make a profit and still have very strong DVD and aftermarket sales. In addition, a government-enforced screen quota system since 1967 has limited the number of days per year non-domestic movies can be shown on any one movie screen in South Korea. Recently, this practice has come under fire from non-Korean film distributors as unfair. Fast low cost films with likeable stars, tied to current events, and at affordable prices that speak in a natural vernacular with state of the art cinematography and music have all pushed films ahead.

New wave Korean films came as a result of competition in the film industry, directors trained outside of the USA (in France, Spain, the Netherlands, China and other European nations), and new models of scripts that included more Korean situations, and spoke in contemporary vernacular, and used younger actors, younger scriptwriters, and less formulaic Hollywood cliches or 90 minute frames. The impact of the Busan Film Festival and Jeonju Film Festival in screening year after year hundreds of new European, Canadian, South American, Chinese and even Japanese films rewrote the basic templates towards originality. 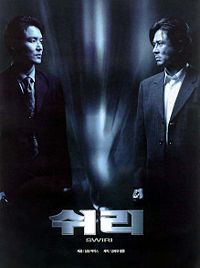 Since the success of the Korean film Shiri in 1999 Korean film has become much more popular, both in South Korea and abroad. Today South Korea is one of the few countries where Hollywood movies do not enjoy a dominant share of the domestic market. This fact, however, is partly due to the existence of screen quotas requiring cinemas to show Korean films at least 73 days a year.

Shiri was a film about a North Korean spy preparing a coup in Seoul. The film was the first in Korean history to sell more than 2 million tickets in Seoul alone. This helped Shiri to surpass box office hits such as The Matrix or Star Wars. The success of Shiri motivated other Korean films with larger budgets. 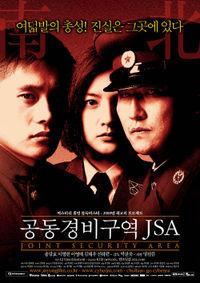 In 2000 the film JSA (Joint Security Area) was a huge success and even surpassed the benchmark set by Shiri. One year later, the film Friend managed the same. In South Korea the romantic comedy My Sassy Girl outsold The Lord of the Rings and Harry Potter which ran at the same time. The director of JSA has gone on to direct many popular films in Korea and abroad especially the cult film of 2003, Oldboy. Kim Ki-Duk is also a well respected filmmaker and is known for using minimal dialogue between characters to create an emotional response from the audience. he is known especially for 3-Iron and Spring, Summer, Fall, Winter... and Spring. As of 2004 new films continue to break records, and many Korean productions are more popular than Hollywood films. Both Silmido and Taegukgi (The Brotherhood) were watched by over 10 million people, which is a quarter of the Korean population. Silmido is a film based on a true story about a secret special force. The other is a blockbuster movie about the Korean War directed by the director of Shiri. The Host (2006) part monster movie, part social satire broke Korean box office records and has become fairly popular in the United States as well.

This success attracted the attention of Hollywood. Films such as Shiri are now distributed in the USA. In 2001, Miramax even bought the rights to an Americanized remake of the successful Korean action comedy movie, My Wife is a Gangster.

Many Korean films reflect the unique circumstances of the division of Korea. Many of the critically acclaimed films focus on subtle emotions, inviting comparison to French films, but with the recent international successes and growing budgets, the Korean film industry has also been criticized for mimicking Hollywood blockbusters. 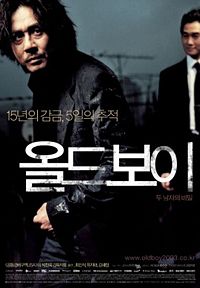 Korean film first garnered serious international recognition in 2002 at the Venice Film Festival, where the film Oasis won the second prize award. The film not only revealed much about traditional Korean culture, but also highlighted the plight of handicapped Koreans and the general public's inability to understand and accept them. In the story an isolated young woman with cerebral palsy falls in love with a simple minded man who has recently completed a term in prison for the hit and run accident that killed her father. Quite possibly Korea's most symbolic and rich film to date, "Oasis" remains the turning point for Korean avante garde film.

Oldboy is the second great victory for Korean film when it came in second place in the Cannes Film Festival, second to Fahrenheit 9/11. The story traces the life of a man who is put into solitary confinement by someone he does not know. He lives there for many years until he is released to find out the bizarre reason for his cruel entrapment. Dark and gloomy, Oldboy experiments with the themes of psychological madness and sexual distortions.

In February 2004, Kim Ki Duk won the award for best director at the 54th annual Berlin Film Festival, for a film about a teenage prostitute, Samaritan Girl. In addition, he won the Silver Lion award at the Venice Film Festival for his 2004 movie, 3-Iron.