The Harmonium in My Memory 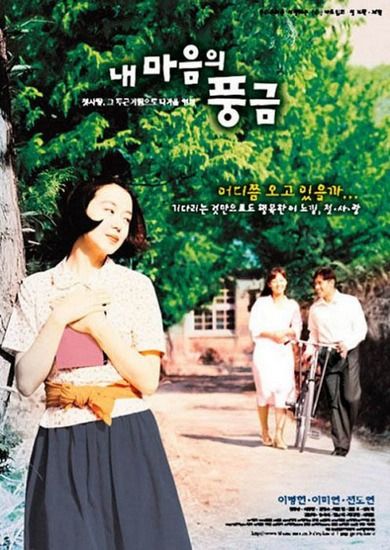 The Harmonium in My Memory (Hangul, RR: Nae Maeumui Pongkeum) is a 1999 South Korean film.

The film is set in South Korea, 1962. Kang Soo-ha, a 21 year-old teacher from Seoul, takes his first job at a village school in Gangwon Province. One of his older students, 17 year-old Yun Hong-yeon, develops a crush on him, though her efforts to catch his attention seem to go unnoticed. Meanwhile, Soo-ha has fallen for Yang Eun-hee, another teacher at their school, and when Hong-yeon realises she does everything she can to discredit her older rival.