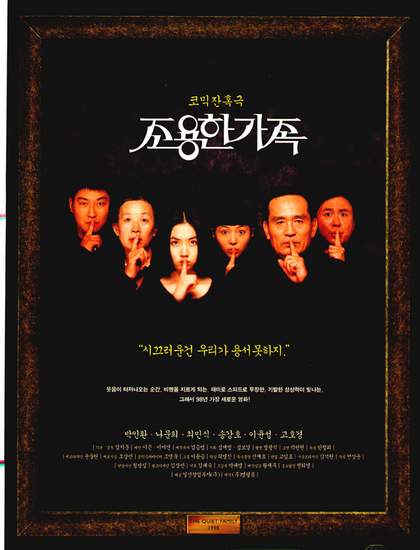 After the father's dismissal from his company, a family decides to open a mountain lodge in the suburbs of Seoul. Although they initially expect a rush of lodgers, the mansion is empty for days. As a result, the family becomes nervous.

Meanwhile, Mina (the youngest daughter)is upset by the strange noise at night and a strange old woman's ominous omen. At last, the first guest appears two weeks after their opening. Excited, the family pours excessive favors on him. However, the guest is found dead the next day, and the family buries him in a panic to avoid any risk of ruining their business.

The next guests are a couple who commit a double suicide and consequently, the family buries them again. About the time when the family gets accustomed to digging, they realize that the bodies will be torn up by the advanced walk-road construction scheduled beside their lodge. To make things worse, the family becomes involved in a conspiracy plotted by the head of the village.