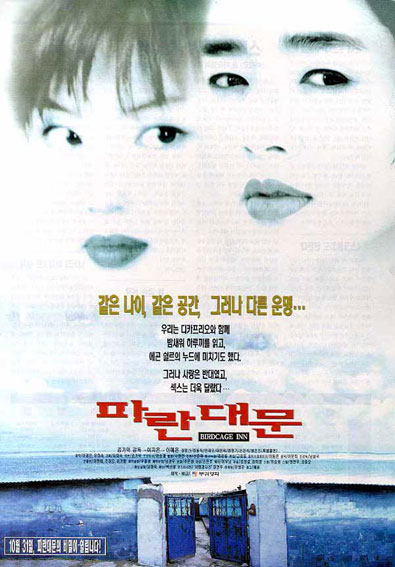 The movie tells the story of a prostitute who works at a small seaside motel called the Birdcage Inn. Jin-a (Lee Ji-eun), a 24 year-old prostitute, comes to the inn to replace the previous prostitute. The inn is run by a couple who have a daughter and a son. They provide Jin-a with a room and meals and make a living by taking a portion of the money Jin-a earns. Jin-a works at night and spends her daytime drawing and watching the sea.

Not only the circumstances of Jin-a but also the family gives her a hard time. The silent father who apparently gives good caring for his family and has good reputations among the neighbors rapes Jin-a. The mother only sees Jin-a as a source of money for making a living and educating her college student daughter and high school student son. The son, Hyun-woo (Ahn Jae-mo) begs to take naked pictures of Jin-a to run for a contest and have sex with her. At first, Jin-a turns him down. But after Hyun-woo's long imploration, Jin-a poses for him on the deck of a ship by the seaside and has sex with him. Afterwards he taps Jin-a's room by using his walkman to overhear Jin-a and her guests.

The daughter, Hye-mi (Lee Hye-eun) who is the same age as Jin-a and sexually repressed doesn't hide her contempt towards Jin-a. She expresses her hostility by refusing to use the same toothpaste and hand basin with Jin-a and ignores Jin-a's friendly gestures like sharing an umbrella and buying her a walkman which she's been dying to have. She emphasizes to Jin-a that she herself and Jin-a belong to the different world. And she's been rejecting sex with her boyfriend before they get married. The relationship between the two even gets worse when Hye-mi finds out that her sexually frustrated boyfriend has gone to Jin-a and has had sex with her.

One day, rummaging through Jin-a's room and personal possessions, Hye-mi develops sympathy towards Jin-a as the same age girl. That night Hye-mi lies on bed and taps Jin-a's room and eavesdrops on Jin-a and her guest. Meanwhile a publisher having seen Hyun-woo's photos of Jin-a comes to him and deceivingly gets the film at a low price. After seeing Jin-a's nude on the magazine, Jin-a's former pimp who's been exploiting her money comes to her again for money, supposing that she's been paid a lot for that and beats Jin-a when she denies it. Hye-mi tries to protect her from him and he leaves them saying he'll come again for the money. That night Jin-a makes an attempt to kill herself by cutting her arm and is found by Hye-mi who has had a nightmare about Jin-a.

Jin-a and Hye-mi sit together leaning towards each other and reconcile. That night, a guest comes into the inn and Hye-mi spends the night with him instead of sick Jin-a and loses her virginity.