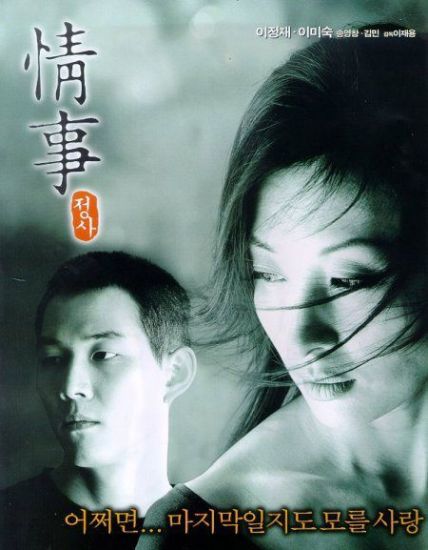 An Affair (Hangul, RR: Jeongsa) is a 1998 South Korean film. The quiet film about a woman who falls in love with her sister's fiance was the seventh-highest grossing Korean film of 1998 and won the Best Asian Film award at the 1999 Newport Beach International Film Festival.