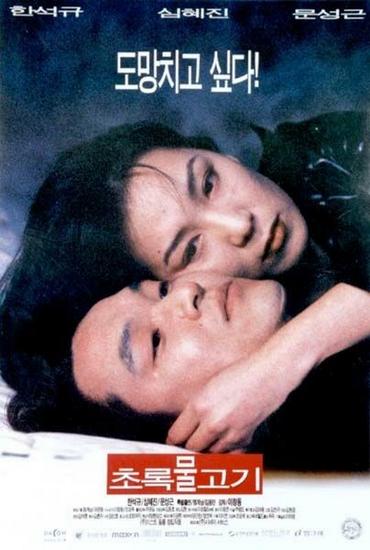 Green Fish (Chorok Mulgogi) (1997) is a South Korean film. It was the first feature-length film directed by Lee Chang-dong, who also wrote the screenplay. Lee had previously been known as a novelist and high school teacher. The film stars Han Suk-kyu in one of his first major film roles. It was the eighth highest-attended Korean film of 1997.

Although director Lee is renowned for superb writing, he allowed Han to improvise the now-famous extended monologue inside the telephone booth. The scene became iconic enough to be spoofed by the 2002 Korean compendium of satire, "Funny Movie" directed by Gyu-seong Jang. As recently as August 2007, the scene was once again spoofed in the MBC drama "Kimchi Cheese Smile".

The character of "Kim Yang-gil" (a rival mob boss), as played by Myung Kae-nam, has been parodied with an extended back-story in the black comedy "The Customer is Always Right" (2006). The pivotal scene in a men's restroom, has recently been cited by poet/director Yu Ha for informing the basis of a similar scene in his more stylistically baroque A Dirty Carnival.