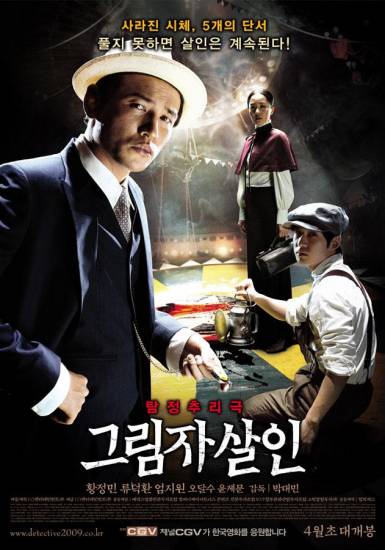 Seoul, 1910. HONG Jin-ho, who will become Joseon's first detective, travels around solving trivial family disputes for pocket money as a private detective. However, he is determined to go to America someday and is saving up for the trip. Then one night, Gwang-soo, a medical physician in training, discovers a corpse in the woods and secretly takes it to practice dissecting. But the corpse turns out to be the son of Seoul's most powerful man. While planning to flee in the middle of the night and afraid of murder accusations, Gwang-soo meets Jin-ho, and asks him to find the killer. When another corpse turns up in the woods, murdered in the same way as the first victim, Jin-ho and Gwang-soo use a piece of cloth they find in the victim's hand as the lead they need to bring them one step closer to the real killer.