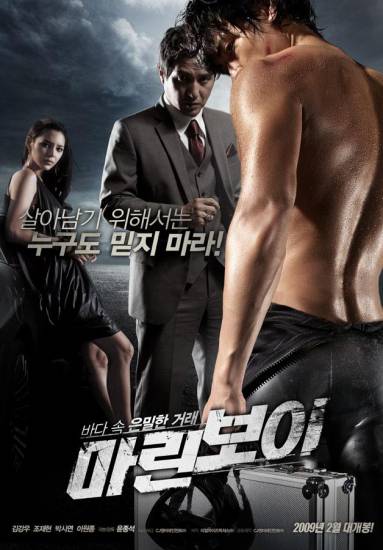 A swimming instructor Cheon-soo loses everything on gambling. It also leaves him with huge debt to pay off for the rest of his life. His moneylender, Kang approaches him with a dangerous proposition. He invites Cheon-soo to become a "marine boy"  those who swim across the ocean to smuggle drugs. Cheon-soo decides to take the chance and puts his life at stake for the last time. Together Kang and Cheon-soo come up with a matriculate plan. Yoo-ri is the daughter of Kangs best friend. Since her father died, Kang has been looking after her in his friend's place. Yoo-ri believes that Kang is responsible for her father's death and secretly waits for her chance to revenge him. Oblivious of this, Kang grows affection towards her which leaves him feeling guilty. Yoo-ri and Cheon-soo develops feelings towards each other and plot to go behind Kang's back and take the drug money for themselves.