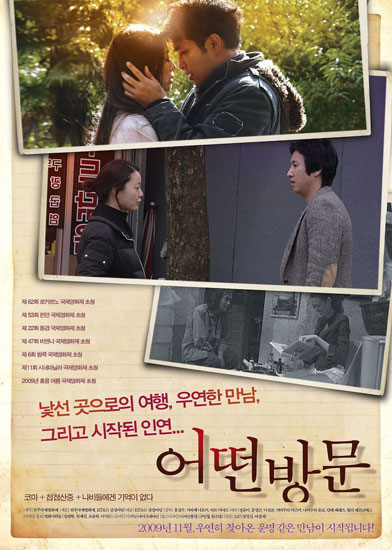 Jeonju Digital Project 2009 . "Lost in the Mountains" is directed by Hong Sang-soo, "Koma" by Naomi Kawase and "Butterflies Have No Memories" by Lav Diaz.

In the film "Koma", Kawase explores the relationship between fragile and often tense history between Korea and Japan through the relationship that develops between a third generation Korean-Japanese man, who unexpectedly visits the small and quiet village of Koma, and a Japanese woman, a somewhat mysterious inhabitant of the village.

Korean director Hong's "Lost in the Mountains" tells the story of a woman's love-hate relationship with the people closest to her, including a friend, a teacher with whom she had an affair and her ex-boyfriend. It starts when she makes an impromptu visit to see her friend, who lives in Jeonju.

"Butterflies Have No Memories", the film by the director Diaz, depicts the lives of the inhabitants of a remote island far from the Philippines who suffer economic difficulties after a gold mining company withdraws from the town. One day, a sudden visit by a Canadian woman born and raised on the island makes their already troubled lives even more complicated.