The Pit and The Pendulum 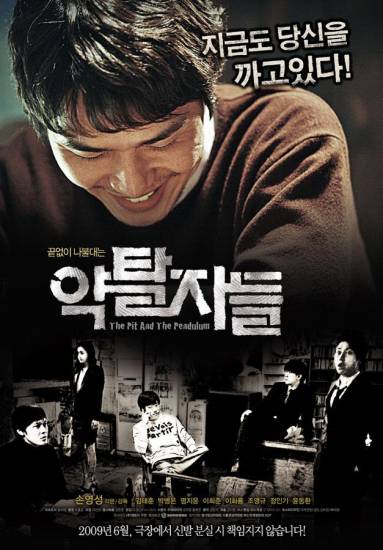 Classmates reunite at the funeral of their history teacher, Sang-tae, and talk about his bizarre life. their recollections produce another story, and the cycle of the stories reorganizes the relationship, and lead to the labyrinth of the narration. the director SOHn young-sung, shakes the boundary between the stories, and between life and death, as it is known that he is interested in Jorge Luis Borges. the new approach to the narration is the major topic among young filmmakers in Korea. From the perspective of Korean film history, the "disappearance of narration" first suggested by Hong Sangsoo has been studied more deeply since. In this film "the Pit and the Pendulum", Sohn's unique sense of humor and wittiness is presented without any constraints of time or place through his clever words. the existence of a ghost at the funeral is also one of the charms of this film.