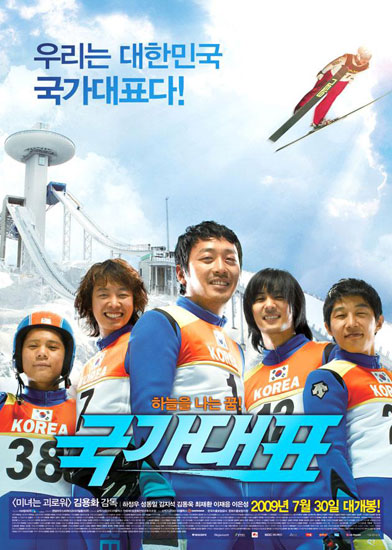 Other title : "Ski Jump". In 1996 a small Korean town is undergoing a large-scale construction in preparation for Winter Olympics bid. In the middle of the construction, the local committee receives a report that they do not have sufficient athletes to compete. They conclude to form a ski jump team in order to represent the event. Former American Junior alpine athlete Bob is an adoptee who came to Korea in search of his mother. With 4 other non-experienced athletes, he form the first Korean ski jump team. There's no turning back, it's a challenge they committed to.