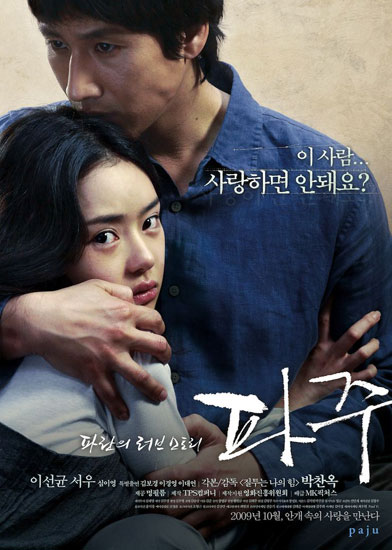 Introduced at the 14th Pusan (Busan) International Film Festival (PIFF), director Park Chan-ok's movie is about a girl who happens to live with her sister's husband. Though she believes he killed her sister, she loves him despite the deep hatred. As a suburban city of Seoul and a longtime military area, Paju is shown as full of such contradictions and wandering souls.