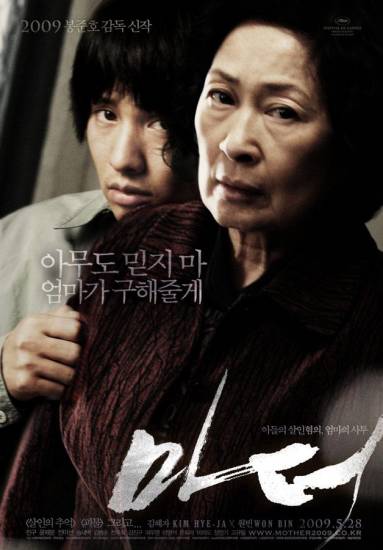 Hye-ja is a single mom to 27-year-old Do-joon. Her son is her raison d'etre. Though an adult in years, Do-joon is naive and dependent on his mother, and sometimes behaves in ways that are stupid or simply dangerous. He is a constant source of anxiety for everyone. One day a young girl is found dead in an abandoned building and Do-joon is accused of her murder. An inefficient lawyer and an apathetic police force that closes Do-joon's case too quickly inspire his mother to act on her own -- to act as Mother in its purest form. Summoning all her maternal instincts and trusting no one, she sets out to find a killer and prove her son's innocence.