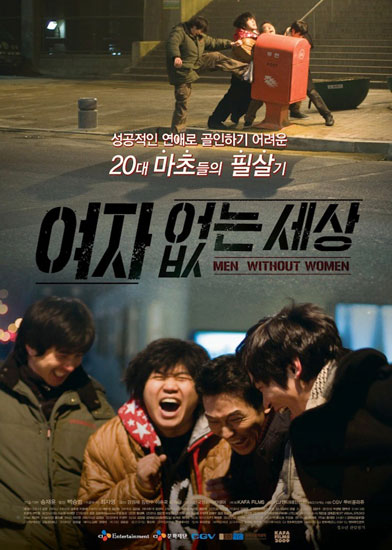 29 year-old Chang-hyeon Jeong (Won-jae Kang) owns a bar in Mokdong, Seoul but has higher aspirations. He wants to make 5 billion Won ($4.3 million USD) in 6 years and marry a girl that looks like Ms. Korea. To accomplish his goals, he decides to stop drinking with his friends - who don't share his lofty ambitions. But, in fact, Chang-hyeon spends his days drinking with friends Han-cheol the bartender, Seong-jun the pharmacist, and Seung-min in a karaoke bar.

Chang-hyeon them comes across his first love Ju-yeon (known for her beauty back in their high school days). Ju-yeon is now a divorcee. Chang-hyeon at first turns down her advances, but soon starts a relationship with her. Because of Chang-hyeon's macho personality their relationship gets worse and eventually Ju-yeon leaves him. Making matters worse, Chang-hyeon's friend Han-cheol owes money to loan sharks and they come after Chang-hyeon. Chang-hyeon attempts to reconcile with Ju-yeon but will she take him back?